Rewrite the Past in Your Mind 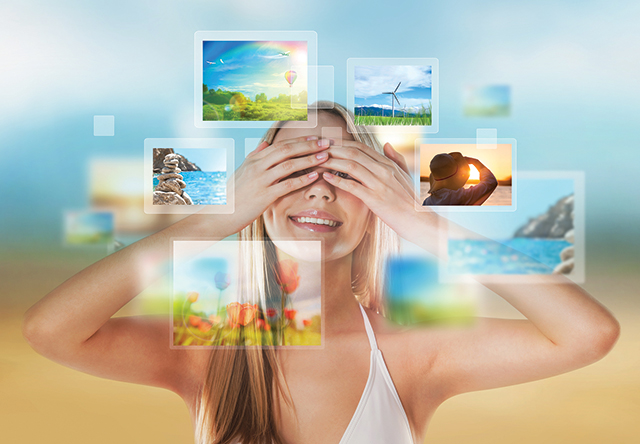 Everyone has memories that are sad or troublesome. All of us get to adulthood with our share of emotional scars. They may have been embarrassing moments, betrayals by someone we trusted, or some other heartbreak or reversal.

The brain has evolved to keep us safe; it prioritizes information and recollections that it believes will make us cautious in the future. The reason is simple; in the state of nature, people who were cautious tended to survive. People who were not cautious tended to become food for other creatures. Therefore, because of how the human neurophysiology evolved, our minds give disproportionate weight to fears, failures and other unfortunate events by default.

However, you can take control of this process using the power of your mind. There is something you can do to pull the hurt out of darker recollections from your past.

Here I need to give credit where credit is due. This technique was developed by the late Ruth Carter Stapleton, a spiritual healer who was the sister of former President Jimmy Carter. She called her technique “Inner Healing,” and you can find it described in her books.

The concept is simple. In a state of mental relaxation, review in your imagination the painful past incident. Then change it. Imagine that some powerful and benevolent force or person intervenes and changed the outcome. Make that as real and as vivid as you can. You will not mistake fantasy for reality. You will always be able to distinguish between your recollection of what actually happened from the “adjusted” image you have created. But you will find that the hurtful aspect of a painful recollection decreases every time you recall the adjusted image.

Ms. Stapleton, being a Christian evangelist, always used the image of Jesus as her intervening figure, and she used nothing more psychologically powerful than guided meditation. However, others have found that any benevolent force or person can be used, even a highly abstract one such as “spirit.” If you have been trained in self-hypnotism, you will find that greatly improves the effectiveness of this self-help method.

The reason why this method works is rooted in the nature of human memory. Your memory is not like a video recording. Instead, the outline of what is recalled is encoded into your internal information processing system. Then when the memory is needed, your mind fills out the encoded outline with such relevant information as it has on hand. Memory is constructive. What plays in your head when you recall a memory isn’t an exact recollection of what happened, but a construction between the remembered outline and other thoughts that your subconscious mind thinks would fill out the picture nicely.

This is one of the problems with hypnotically refreshed memory sometimes used in court cases. For example, a witness to a hit-and-run accident can be hypnotized to recall the license plate of the offending driver’s vehicle. However, that doesn’t actually mean the recalled license plate is correct. If the witness had always believed that his or her second cousin was capable of doing a hit-and-run, the witness’s subconscious mind may easily recall the cousin’s license plate number and insert it into the memory.

In the 1980s and ’90s, there was a tremendous problem in the mental health community when a lot of therapists became convinced their clients had suffered various forms of sadistic abuse but could not recall it. Using hypnotism and other techniques the therapists “refreshed” the client’s recollection using leading questions which the subconscious minds of those clients immediately inserted into the client’s memory. The result has come to be called the False Memory Syndrome and it hurt a lot of people.

However, when done deliberately with benign intent, changing the emotions you have around painful memories under your own control can be enormously helpful. Without creating a false memory, you can rewrite your past after a fashion and spare yourself the embarrassment, shame, or dark feelings related to something that happened.

Sometimes I am asked about the ethics of this technique when I suggest a client use it. Some people will feel genuine regret about a mistake in their past and feel they need to hold themselves accountable for what they did. I understand this position completely. One of the ways we can improve ourselves is to hold ourselves accountable for what we did or did not do. This is an important way to become the best version of yourself.

That said, once one has learned from a past mistake, made whatever amends are possible and resolved not to repeat the mistake, what possible purpose could there be to inflicting unnecessary pain on oneself? Provided one is sincere in one’s resolve to learn from and not repeat a mistake, making the recollection less painful can be an important form of self-care.

Finally, we must note that some dark memories were not caused by anything we did or did not do. People are victimized by others all the time and feelings of victimization can pull happiness out of life. Using this technique to soothe some of the pain of a painful memory can enable one to move beyond the experience of victimization and adopt the identity of a survivor instead. That is always worth doing.

The Rev. Dr. C. Scot Giles is a Board-Certified Diplomate and a Certified HypnoCoach® with the National Guild of Hypnotists. You can learn more about him at www.csgiles.org.

Previous Cosmic Daily Weather – August 2019
Next Firing Up Your Motivation