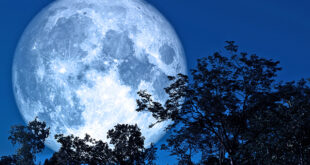 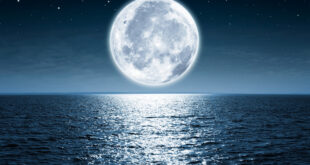 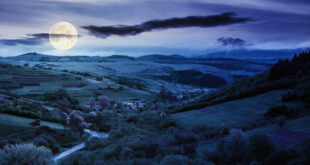 August, the Eighth month of our calendar year, finds our energy picking up in a more dynamic way from the slowdown of July. The practical pace of life accelerates, and mental reasoning about the “now” kicks in. The Number Eight applies to the human condition in more ways than just a calendar monthly influence.

The perfect metaphor for the Number Eight is Frosty the Snowman. The Number Eight represents two worlds-the material, and the spiritual. Therefore, it is like two circles touching each other and working together, just like Frosty.

Not only does the natural physical form of Frosty look like the symbol Eight, but also the fact that he has such a cold exterior, and a warm, feeling, heart only accentuates the similarities.

Numbers are simply codes of information like language. The codes we call letters associated with the Number Eight are H, Q, and Z. There should be only one of these letters in a birth name, to be balanced in its experience. However, where more Eights appear, then life, especially in younger years, can be a bit challenging…money and emotional power-wise.

Number Eight personalities and energies express their love from a more mental and logical level, and because of their deep and intense nature, others, on first approach, may feel that Number Eights are emotionally cold individuals.

This can obviously lead to misunderstandings in the early part of relationships. However, anyone who believes the Number Eight to be uncaring and lacking in affection is in for a big surprise! Ironically, when it comes to love with passion, intensity, and warmth, Number Eight wins the prize. (S)He would most likely be attracted to those born in January, March, May, or October, with birthdays Three, Four, Six, or Eight.

Although not inclined to be extravagant, Number Eight individuals are extremely generous. Number Eight is noted for large gestures, such as donating money to institutions, or becoming a collector.

Striving to maintain balance between family and career, with career usually winning out, provides the Number Eight personality with those trappings to loved ones that show off the fruits of its labors. The latest model car, the grandest house in town, are all to show the world that Number Eight has the money and power to accomplish.

Whether the Number Eight is one’s birthday number, emotional self number from birth name vowels, or Life Path Number from month, day, year totals, this born executive is inclined to start managing in whatever situation they step into, whether it be family, homemaker, corporate office, or bank.

Number Eight dislikes waste, does not like to be rushed or controlled in any way, and usually displays fairness in its dealings. As a boss, they are usually a responsible leader to their workers and co-workers, and they will have a tendency to trust her or his integrity.  This manager operates in a systematic and methodical style, using wise and practical judgment.

Partnerships are agreeable, as long as Eight controls the interest, and deals with all the finances. Thus, the business world usually attracts the Number Eight where they can put into play their progressive and creative ideas. However, Number Eight is also the Number of Saturn, the Lord of Karma, so caution must prevail. The adage “as you sow so shall you reap,” applies intensely, and many an unethical “creative idea” has brought Number Eight to their financial “knees” in bankruptcy court!

In ancient Tarot symbols, Number Eight is the STRENGTH card, or the JUSTICE card, depending on the deck used. Either way, human justice is required. The motto for Number Eight is “I use,” so balance, justice, and strength are required in all human relationships.

Children born in August seem, from the beginning, to have an older person’s head on their shoulders.

There will be a tendency to associate with children older than themselves. Of all children, the Number Eight birth month child is the most misunderstood, and succumbs to bouts of loneliness. Parents need to encourage their Number Eight child to take an open and positive approach to life. Overcoming the negativity associated with the Saturnian influence is very important, as they seem to be affected by stressful circumstances more than anything else. This influence usually lasts from birth to age 28.

The actual day of birth shows more clearly the energy of Number Eight greatly influencing life energetically between ages 30 and 55. Whether the birthday number is eight, 17, or 26, some basic temperament issues apply.

Highly skilled as a manager and executive, the ability to be a fine judge of character is in play. Although more fixed in their ways, this Number vacillates between extremes of thrift one minute, and extravagance the next. If the birth number is 17, writing ability and analytical skills get added into the character traits. This Number should actually strive to be the boss, and get others to oversee the details of day-to-day operations.

The more creative or artistic of the Eights is number 26. This energy likes dealing with humanity’s desire for the better, material, comforts in life. Of all the Eights, this Number holds a concentration upon family and loved ones, and is known to be quite generous in supplying comforts to other family members outside their own.

Just as in the story of Frosty the Snowman, it is the warmth of love (the sun) that melts the cold exterior, allowing the real Frosty to be born again “another day.”