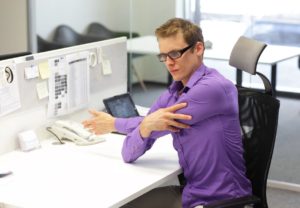 For this podcast, we have a pleasure of speaking with Brent Michael Phillips, a successful M.I.T.-trained engineer who experienced a miracle when his arm (that had been immobile at the elbow after a surgery) healed in an instant after a single session of energy healing. This life-changing event sent him on a journey where we studied with various master healers and spiritual teachers to discover and reverse engineer the scientific laws and principles underlying healing. He is the author of The Formula for Miracles and the creator of Awakening Dynamics, a healing method. Brent is also a speaker and master teacher. Find out more about him and his work at www.AwakeningDynamics.comor on Facebook at Facebook.com/AwakeningDynamics.

The following is only a small part of our conversation with Brent. We spoke to him in detail about his personal road to becoming a master healer, the relationship between science and spirituality, the latest brain research and much more. Scroll to the bottom of the page to play the podcast of the entire interview, or listen and subscribe to the Conscious Community Podcaston your preferred podcatcher app. Don’t forget to like, review and share the Conscious Community Podcast.

Spencer: Could you tell us a little bit about your profession? 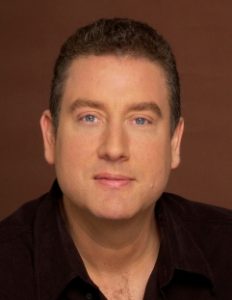 Brent:I want everyone to know right off the bat that I am the world’s most unlikely healer. I never thought I’d be doing anything like this. I grew up as pretty much your typical computer nerd. I loved video games, technology, Star Wars, Star Trekand all that kind of stuff. For me, going to college was a simple choice because I wanted to go to M.I.T. and become a great software engineer. I saw computer programming as my talent; my great gift to the world. Long story short, I spent a bunch of time at M.I.T. At M.I.T., I discovered something incredible, something I never expected that totally changed my life, it’s the internet which sounds kind of funny, especially to those who’ve grown up with the internet. But, back in the ‘80s, nobody had ever heard of it. I found this worldwide computer network, and I thought “Wow! This will change our lives.” I made that the focus of my studies. I went on to graduates studies. In 1994, it was my group who sent the first ever video over the web. We were doing some really cutting-edge stuff.

Brent:And then, the internet boom hit. Long story short, I left M.I.T. and moved to California.

Things got off to a pretty good start. The first year I was with my start-up and I did a whole bunch of high-profile websites…but there was a problem. The problem was I was working 80 to 100 hours every week. After a couple years of this, my body started to break down. It started with little pains in my wrists and elbows. One day it hit me like a ton of bricks. I went out to open my car and my hands were shaking so bad that I couldn’t get my car open. So, I went to the doctor. After three years of conventional treatment and therapy, I didn’t get better, I got worse. I was in a lot of pain and I could barely work. That’s when I went through what they call “the dark night of the soul.”

That’s when I was told about this lady named Terri. She was an old friend of mine. Terri had been very successful in finance. She was Morton School M.B.A., made tons of money and super successful. She had almost died and found this crazy New Age therapy involving the theta brain wave state and subconscious block clearing that saved her life. She quit her job in finance to go be a healer. Honestly, I thought she was nuts!

But, I went to see her. I booked a session, and she sat with me and talked about the power of the mind, how we’re going to access the subconscious and use the theta state. She spent about an hour with me doing this block clearing thing. We talked about God, my parents, my childhood, my best friend and all these things that happened, right? I’m there going, “What does this have to do with my arm?” At the end of the session she says, “We’ll see if we can take care of your arm now.” She goes into this healing process and about a minute later I feel this pop in my elbow. I was like, “Oh my God!” I could move my arm again. Terri opened her eyes, smiled and said, “Well then, that was easy.” That was a huge turning point for me.

Janae: What do you think about the role of the internet, A.I., “The Singularity” and how that would affect healing? 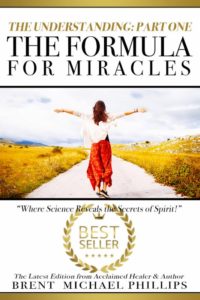 Brent: I think this is one of the last things touched by A.I. There is a fundamentally intuitive aspect to it. I have turned healing, as much as one can, into a by the numbers process, but the truth is that’s just the foundation. Most people would think that becoming a master healer is the end of the journey. It’s not! In the old days, it would take you 10, 20, 30 years to get there. For me, it took seven years. Seven years, full-time, doing nothing but that. Over $300,000 spent, and I got certified as a master healer. I have my students now doing it in as little as three weeks, but six months is average. That’s just technology. With better technology, it’s faster, better and more powerful. Developing that metaphysical skill to clear blocks and do healing, honestly, that’s just the entry point, the foundation. We used to think that was the end of journey, it’s actually not. This led me to awakening.

After 10 years as a healer, I realized I hadn’t actually progressed spiritually at all. The experience of awakening completely transformed me and started to really deliver what I had been looking for all along.

Spencer: Have you brought this into a lab setting?

Brent:I would love to as I am very familiar with that world!

The challenge is the ones who have the money to do this are the pharmaceutical companies, and they are never going to research this because this would cut into their profits. If people could learn to heal and manage their illnesses and pain without needing expensive pharmaceuticals, well then, their bonus might get a little bit smaller. We can’t have that. [Laughs.]