The Vital Link between Acceptance and Serenity 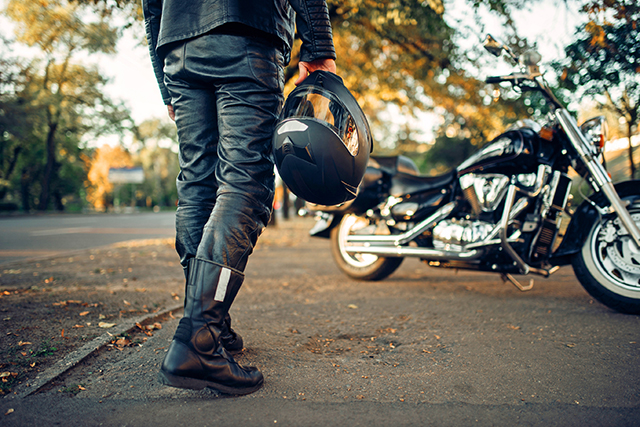 By Daniel A. Miller

“Serenity is not freedom from the storm, but peace amid the storm.”  —Unknown

The Gifts of Acceptance

Accepting people and things as they are bestows many gifts upon us. One gift is that it releases stress and anxiety. When we accept a troubling situation as is we have no need to further fret about it. Acceptance also frees us to make choices and decisions that are best for us because with acceptance our focus changes from people and circumstances we cannot change or control to where it can do the most good–ourselves. Last but not least, acceptance significantly reduces the unhealthy compulsion to control. When we are accepting, we aren’t controlling.

The Link between Acceptance and Serenity

Consequently, a very strong—and empowering—link exists between acceptance and serenity. Acceptance brings us greater serenity, even in the most discouraging situations. Below are two inspiring stories demonstrating the integral relationship between accepting life and people as they are and enjoying a life with greater serenity.

Greg Learned to Live in Acceptance

Greg was only 47 when his life changed in a split second in the early morning of April 29, 2013. As he did every weekday morning, Greg hopped on his motorcycle to ride from Reseda, in Los Angeles’s San Fernando Valley, to Long Beach, California, where he worked as a geology compliance consultant to oil companies.

This particular morning, however, he took a different side street to the nearby lighted intersection leading to the freeway. A car traveling in the opposite direction made a sudden left turn into his lane, crashing into him—and that was the last thing Greg remembers. He awakened from a coma two weeks later.

It wasn’t until a month had passed that Greg began to realize what had happened to him—initially a broken pelvis and punched-out hip socket; compound fractures to his right tibia, fibula, ankle, and wrist; a severe concussion; and blood clots.

After spending three months in a rehab facility followed by four months in a wheelchair and additional physical therapy, Greg was able to walk a few feet at a time with the aid of a walker.

I met with Greg at his home three years after the accident. He was able to walk with a crutch but still couldn’t move his right leg because of severe nerve damage that rendered his quadriceps useless.

Greg had recently shared at a men’s discussion group that we both attended that the only way he was able to get by was by “living in acceptance each and every day.” No longer able to work as a geologist, Greg told me his “new job” was to get better—one day at a time. He said he prayed and meditated on acceptance the first thing every morning. “I meditate on where I was, where I am, and where I’m going,” he said.

When I asked him if he could expand on that further, he replied:

“I have a lot of limitations, but I don’t think about what I can’t do. I need to think about how I’m not limited. Just last week I went fishing for the first time in three years, and it was an absolute blast—and I caught a ton of fish! Acceptance builds on itself, like a snowball. But, if I don’t remain positive in that way, I start feeling sorry for myself, and that only sets me back. If I don’t practice acceptance, I get mired down in the problems and can’t find the solutions. The way I look at it, I have to accept where I’m at to get to where I want to go.”

As Greg talked, I commented that he seemed so open and positive about the future, even grateful. He replied, “Yes. By accepting where I’m at, I get to practice gratitude for what I can do. And I am looking forward to where I get to go next. I get to start again. A new career. A new life.”

Greg’s story exemplifies the serenity that comes from living in acceptance, even under the most difficult circumstances. Although we may not have Greg’s remarkable positivity and courage, greater serenity is still possible, even if we are only able to live in acceptance part of the time. A strong commitment and willingness to try will be rewarded.

We also find greater serenity when we accept others as they are—even those we dislike or who have made our life harder.

Martin’s life got better, for example, after he stopped blaming his parents for his personal shortcomings. Well into his adulthood, he blamed his parents for his insecurities, low self-esteem, and people-pleasing tendencies. His father was an alcoholic who was rarely around and his mother constantly demeaned him. Whatever Martin did was never “good enough” for her.

As a result, growing up, he never felt good about himself. In fact, as Martin puts it, he wasn’t sure who “himself” really was. Consequently, by his early 20s, he was an alcoholic and street druggie, in and out of treatment centers and sober living homes.

In his mid-30s, Martin found sobriety in Alcoholics Anonymous, and a few years later joined Al-Anon, another 12-step program for those whose family or friends have drinking problems.

There he gained a greater awareness of “self” and what made him tick. One of the things Martin learned was that blaming his parents for his struggles was absolutely of no benefit to him now. Pure and simple, it neither helped nor made him feel better. To the contrary, he says it deterred him from working on his personal shortcomings.

Martin speaks about how his life improved by accepting his parents for who they were:

“I certainly didn’t like what my parents did when I was young. It messed me up a lot. But, I know for sure that they didn’t go to bed at night thinking, ‘Now what can we do tomorrow to make Martin’s life miserable?’ And I also know for sure that they didn’t have any mean or evil intent. That’s just the way they were; they didn’t know any better. I am in acceptance of that now. My primary focus now is working on myself. It’s solely up to me to make my life better. I’m finally getting to know who ‘Martin’ is and finding a lot that I like.”

Acceptance Is a Choice We Make

As these stories show, practicing acceptance leads to a life marked by realistic expectations, greater humility, and new choices, discoveries, and possibilities, as well as reduced worry, stress and frustration—a life where hope replaces despair.

Fundamentally, acceptance is a choice we make. You can choose to accept people and circumstances as they are—as Greg and Martin did—or not. If you choose acceptance, that very act births opportunities that can transform your life, the lives of others, and, I believe, the world.

Daniel A. Miller is an artist, poet, successful businessman, and best-selling author of The Gifts of Acceptance: Embracing People and Things as They Are, and Losing Control, Finding Serenity: How the Need to Control Hurts Us and How to Let It Go, a Foreword Reviews Book of the Year Award finalist. His website, www.DanielAMiller.com, features over 70 of his blog posts on control and acceptance dynamics as well as his poetry and paintings.