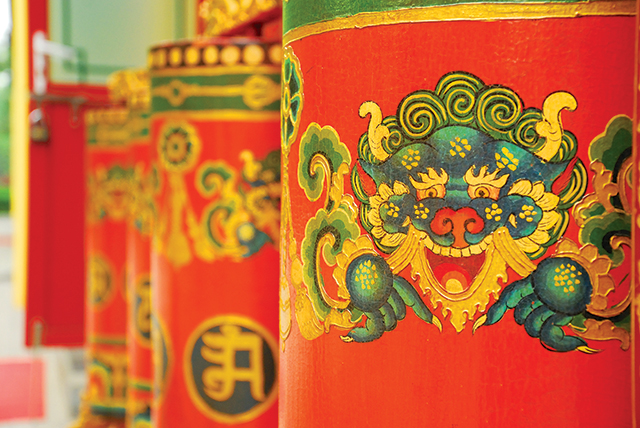 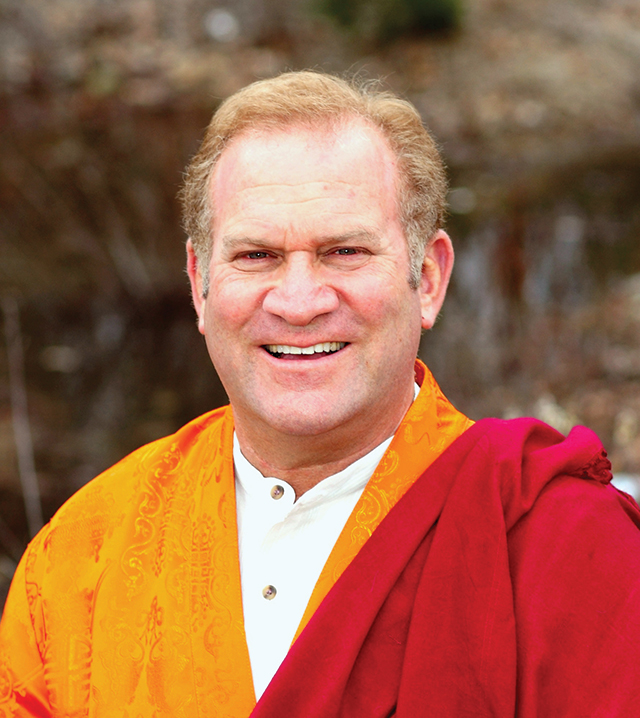 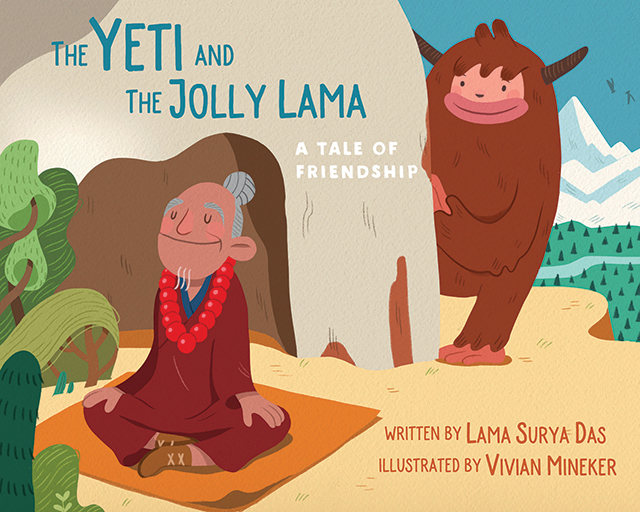 For this interview, we had the honor to speak with Lama Surya Das, affectionately called “The Western Lama” by His Holiness the Dalai Lama. Surya Das is the author of 15 books, including his most recent book, his first children’s book, The Yeti and The Jolly Lama: A Tale of Friendship. His other books include the best-selling Awakening the Buddha Within: Tibetan Wisdom for the Modern World and The Snow Lion’s Turquoise Mane: Wisdom Tales From Tibet. He is also the host of Awakening Now on the Be Here Now network.

Surya is a highly sought after teacher, mentor, speaker and lecturer, translator and writer and has spent over 45 years studying Zen, meditation, yoga and Tibetan Buddhism. He is the founder of the Dzogchen Center and Foundation. As founder of the Western Buddhist Teachers Network with the Dalai Lama, he helps organize its international Buddhist Teachers Conferences. Connect with him online on Facebook, Twitter and YouTube @LamaSuryaDas. Visit AskTheLama.com, Surya.org and Dzogchen.org for more information.

Janae: You’ve written over 15 books, but this is your first children’s book. This is really a book for children of all ages with themes like lovingkindness, reaching out and turning a monster into a friend. What brought you to write a children’s book?

Surya Das: I’ve published in different genres, but mainly I’m known for my non-fiction work, especially Awakening the Buddha Within. I’m also a translator and collector of Himalayan folktales. I have a book of them called The Snow Lion’s Turquoise Mane: Wisdom Tales From Tibet. I didn’t write that for children, but some of them have been adapted into children’s stories.

I’ve noticed that the younger generation today is not as exposed to Biblical parables, moral stories, Grimm’s Fairy Tales and Aesop’s Fables—instructional, edifying and amusing stories like those. I wanted to put forth some of these universal principles and Buddhist principles like lovingkindness and friendship across species. There’s a lot more children in my life now that I have grandchildren, grandnieces and nephews and that my godchildren have children. I’m really enjoying telling stories to children.

Spencer: What drew you to Tibetan Buddhism and led you to become a Lama?

SD: Health is a big part of the spiritual life in any tradition, some emphasize it more than others. Buddha said his teaching was like medicine. He was like a doctor and the students were like patients, and it’s up to the patient to take it or not. Nobody can do it for you. This is my life, the Buddhist path, which I met in college in the 60s and then pursued in the Himalayas in the 70s, 80s and 90s. I learned Tibetan and studied these things as I translated Tibetan teaching tales. I’ve been studying this my whole adult life and been helping to bring mindfulness and yoga to the Western countries, as well as translating for the Dalai Lama and other people of Tibet. I teach and write full-time. I have the Dzogchen Center for retreats, and I offer personal spiritual guidance.

I got into this when I was young, and it healed me of my afflictions. I was a seeker and became a finder. I’m just here testifying that these ancient and timeless—yet very timely—traditional practices, spiritual self-inquiry, mindfulness, healthy living, balanced eating, yoga and exercise all conspire together to make one a better person, and for spiritual, physical, emotional, and relational health. It can help with societal health too.

SS: We’ve been getting the house ready for the winter. It’s going to be cold here in Illinois, and we want to make it as cheerful, warm and pleasant as possible. It’s very hard to gather data on how that affects quality of life, but I feel like that’s the elephant in the room when there’s so much anxiety and depression. You have to consider how you spend your life and all those intangible, beautiful things. There’s no replacement for that beauty.

SD: I’m from the Middle Way school. Balance is probably the most important thing. The Middle Way does not mean a razor’s edge that you have to follow on the middle of the road. It means there are many lanes on either side of the central line. Let’s just try to stay out of the ditches on either extreme, like Nihilism or materialism. The Middle way is about balance and appropriateness.

We are under the spell of progress, as if newer or bigger is always better. We know that’s not true. These things are good servants but poor masters. The problem is we are too much under their power. Do we own the possessions in our houses, or do they own us? What are we really occupied with? These are very important questions to look into.

Values trumps material. Any parent or pet owner knows that. If we are conscious, pets, wild animals and the whole environment are part of our community. The community of all beings, the circle of all beings is our true family; it’s not just our nuclear family, not just who we look like or are related to. I think this is very important. These teaching tales told by wise Tibetan lamas have to do with these kinds of morals. “Think globally but act locally.” I think the community of all beings is very important here, and not to get too siloed as many do in this over-information era.

JJ: You mentioned materialism is a problem; as we move into the holiday season, it becomes a big issue. What are your thoughts on healthy giving and receiving?

SD: I think it’s incumbent to look at ourselves in the mirror and be very honest with ourselves. If we’re truth-seekers, we need to see what parts greed, clinging and fear play in whether we can give or even receive. Some people are always giving, giving, giving and are burnt-out helpers and not able to receive.

The essence of generosity is a transcendent virtue. It’s like what you do with your children, you do the best you can. Of course, we expect results, but you keep doing the best you can and keep being a loving parent—even when they’re in their terrible teens and give without expectation of anything in return. It comes back eventually; it’s hard to measure or quantify.

In the spiritual world, there are many ways of explaining this. It’s the essence of the Bhagavad Gita, where God, in the form of the Lord Krishna, says to Arjuna, “The Chariot’s here. Do your duty and let go. I take care of the rest.” In other words, do what you need to do and don’t be attached to the results. That’s a hard lesson to learn. We are all attached to the results.

JJ: As you mentioned, some people are givers, who give, give, give but have a hard time receiving gifts or even sincere compliments. What advice would you give them?

SD: It’s like breathing in and out. You can’t be breathing in only one way all the time. Mutual reciprocity is very important to keep the balance. Otherwise, you become a burnt-out healer. I’ve said to someone, “You give, give, give. You say you are burnt-out, but you’re hijacking all the giving from that equation. Maybe you can let someone else give to you and revitalize yourself that way.” It’s beyond sharing; it’s really acknowledging our interconnectedness and interdependence and that we are all in touch with the Source of Infinite Abundance. There’s a Buddhist saying that non-attachment is the greatest offering or gift and contentment is the greatest form of wealth.

This article is a brief excerpt taken from our in-depth conversation. To hear more about how ancient wisdom can heal today’s world; the spirit of giving and receiving; living the Middle Way; as well as how to let your inner light shine, listen to the entire interview at www.ConsciousCommunityMagazine.com or wherever you listen to podcasts.