Looking Back, Looking Forward, Being Present 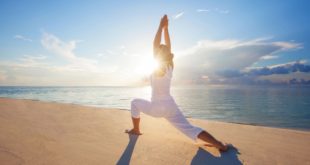 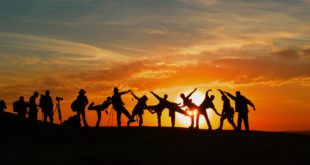 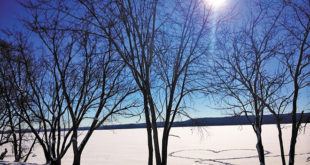 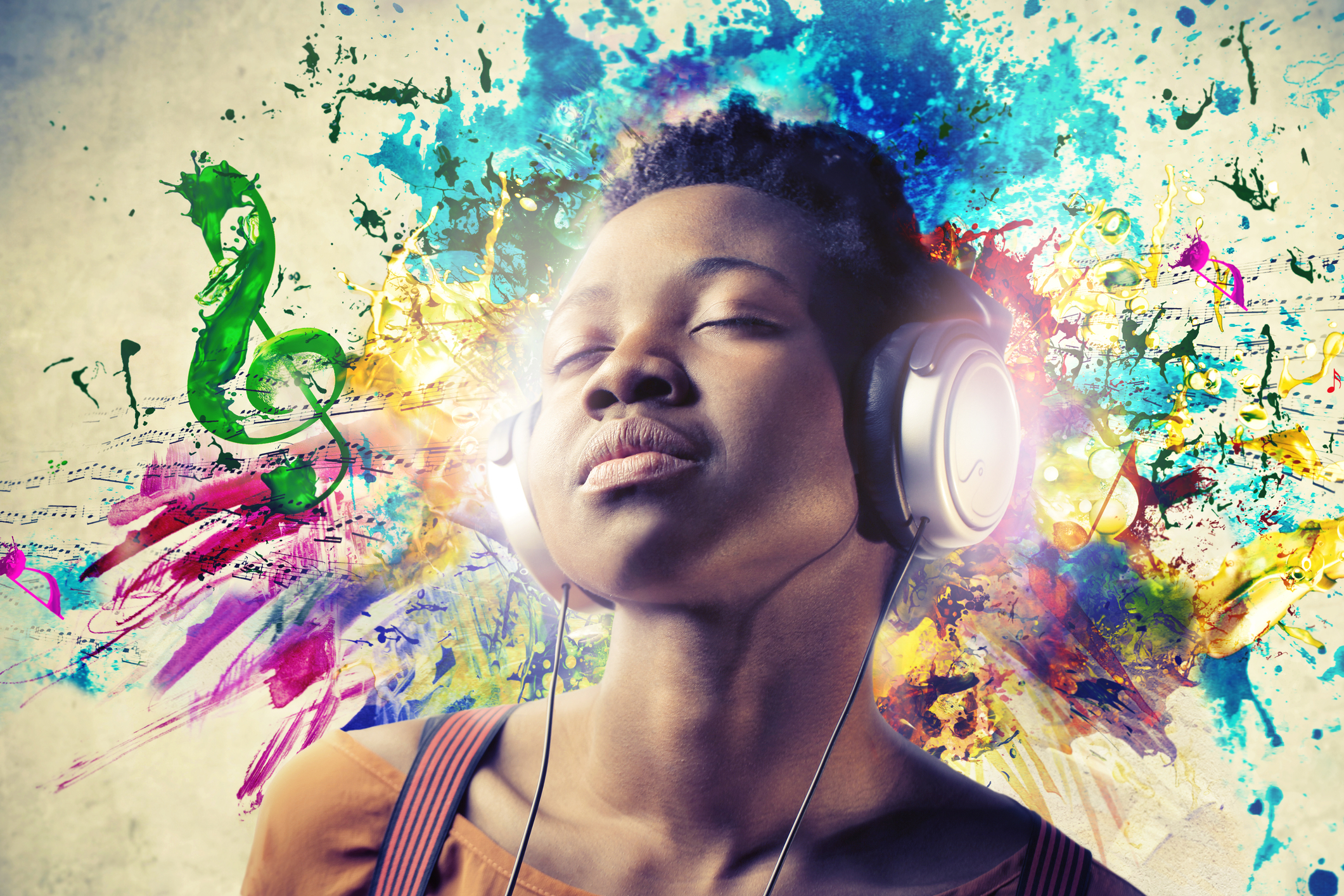 First and foremost, I extend my sincere wishes for a healthy, happy, and harmonious holiday season. I thank you for being part of my extended family.

Amidst all the usual holiday joys and stresses, while other parts of the world are in the middle of open warfare, it’s more important than ever to maintain our own center of balance, of stability, and of inner peace. When we are in a state of relaxation, high coherence brain states, we naturally radiate those vibrations of peace into the atmosphere, and throughout the planet.

Spiritual teachers throughout the ages have recommended that we do so. Like many of you, fitting in time for meditation and silence, of being, rather than doing, is often a challenge. That’s why growing up in New York has been an advantage for me: “When I want my relaxation, I want it now!” (paraphrasing the original MTV slogan).

When I began meditating and doing yoga in 1967, I was your typical Type-A guy. Five minutes of a few postures and I thought I had done yoga. It was the same with meditation; how to stay ‘in the zone’ for more than “a New York minute?”

On one level, it might be said that many of my recordings began as a very effective and functional answer to that question.

Indeed, I am always the first member of my audience. It’s been a sublime honor to know that the music that takes me to that place, takes so many other people to a similar place as well.

New Recordings of 2015 That You May Have Missed
Many of these recordings have been in process for several years. I test them on myself, then with some friends and colleagues, and workshop attendees.  Some were fast-tracked in response to numerous requests from folks like you.  Little did I know that two of these, Pain Relief at the Speed of Sound, and Optimal Health at the Speed of Sound, would play a significant role in my recovery from several accidents, and complications from the anesthesia during what was otherwise a very successful surgery.

AMONG FRIENDS: 1975-2015: A 40-Year Retrospective has been in the works for a long time. In fact, it is the definitive retrospective of my 40-year recording career. It afforded me a way to acknowledge and thank the many wonderful musicians with whom I’ve collaborated over the years, like Paul Horn, Jai Uttal, Paul McCandless, and Georgia Kelly.

On the other end of the production schedule, Mindful Piano: music for meditation arrived as an unexpected ‘gift’…and transported me into new adventures ‘in the space between the notes.’ Read more about it in my November column.


The Space Between the Tones = The Gap  Between Thoughts
Ever since I began playing meditative music, I described part of my creative process as “being in the moment, and listening to the space between the tones.”  Over the past decade or so, Deepak Chopra and Wayne Dyer have eloquently expounded on this topic and helped publicize the concept to millions. When Time magazine put “The Mindful Revolution” on its cover last year, it was clear a new meme had been born.

Being in the present moment is essentially the exact opposite of where intellectual, left-brain dominant academic musicians, and authors like Daniel J. Levitin come from with respect to music. In fact, Levitin devotes an entire chapter to the virtues of “Anticipation” i.e., projecting where the music will go “in the future” in This is Your Brain On Music: The Science of a Human Obsession.

He, and most others, totally miss the point about being “in the moment.” My popular video, “Scalus Interruptus: youtube.com/watch?v=-Ml8KiWH_1E demonstrates in about one minute why classical  music is rarely an effective choice if you are seeking relaxation or support for your meditation; your attention is always being taken out of the moment.

You can’t relax in the future. You can only relax in the present moment. This was one of my original discoveries in 1969, and has been central to all of my relaxing and meditative compositions. Even I don’t know what’s going to happen next!


Next-Gen Music for Mindfulness™ (an on-going series)
In 2015, I continued testing new brainwave entrainment-enhanced soundscapes in real world applications: as background while writing articles, album liner notes, and yes, newsletters and columns.  I helped pioneer the field in the 1970s, when it was a concept that had not reached many in the mainstream or holistic medicine world. I’m pretty sure I’m the only original researcher and producer of audio programs who has as long a successful track record in this field.

Beginning in 2008, I began a research project involving brainwave entrainment technology, which uses sound to focus the brain to respond (entrain) to a specific brainwave frequency. I designed several experiments, some of which I shared with you via my columns, and free MP3 downloads.

The results were way more easily identifiable than I could have imagined. I incorporated these breakthroughs into my ongoing series of albums that began during this time period, which now includes every album released since 2009, including music only, as well as subliminal programs.


Pain Relief at the Speed of Sound was first included in my 1980 version of SELF-HEALING, a cassette program combining soothing music with subliminal affirmations. I wanted to know how much more effective the same music might be if I added an additional layer of brainwave entrainment.
The answer:  Considerable.

After surgery, I spent 28 hours in a hospital room. I’ll admit to needing some help in staying positive while hooked up to all sorts of electrodes and sensors. I alternated listening to my Pain Relief at the Speed of Sound CD with Optimal Health at the Speed of Sound. Having noise-cancelling headphones was a blessing, too, as were the doctors and nurses who worked with me.


I noticed a definite improvement in my mood and attitude.
Was that just a placebo effect?  It’s certainly not a double-blind controlled experiment.
Bottom line: I didn’t care. It worked. I felt better.


That is why the updated versions of SELF-HEALING 2.0 and Effortless Relaxation also feature this three-fold (healing music, subliminals, and brainwave entrainment) orchestration that supports our innate ability to heal ourselves. I invite you to check these out for yourself.


Can You Really Speak to Your Genes?
When I first met Bruce Lipton at a conference years ago, he introduced us all to the concept of epigenetics, i.e., that our genes could be affected by our thoughts, emotions, and words. We became instant friends, and one of the first questions I asked was, “so how do you talk to your genes? Is there a special language?”
He answered, “Nope. English works just fine.”

My logical mind had a problem with this at first. Deepak Chopra and Rudolph Tanzi have just released an extraordinary summation of the latest science and research. This is for real:  Sure enough, we can affect our genes, our DNA, and it’s simple to do. Their book is: SUPER GENES: Unlock the Astonishing Power of your DNA for Optimum Health and Well-Being.”

I immediately understood that tons of recent research helps explain why consciously communicating with your Self, and your genes, with music and affirmations works as well as it does. We are biologically hardwired for that.

I believe, as Deepak does, that this book will change the way millions of us choose to live. It’s also why using sound and music that frees the brain to be “in the Now,” and using positive affirmations to (subliminally) communicate with our genes makes more sense than ever.

Now that it’s clear that we have a choice in designing our future, I am setting my intention to create optimum health and well-being this next year, and every year thereafter. I invite you to join me.

In closing, I’d like to mention two of my other favorite new books: The Art of Stillness: Adventures in Going Nowhere, by Pico Iyer, and Gotcha! The Subordination of Free Will, by Eldon Taylor. As we move into the future, they can also contribute to you being the best you that you can be.

Yours for sound health and a positive future,
Steven Halpern

Steven Halpern is a GRAMMY® award-nominated composer, recording artist, and producer whose healing music has helped millions worldwide to experience the blessings and benefits of deep relaxation and inner peace.

Previous Finding Your “Why”
Next Oneness Sacred Chambers & Intuitive Gala