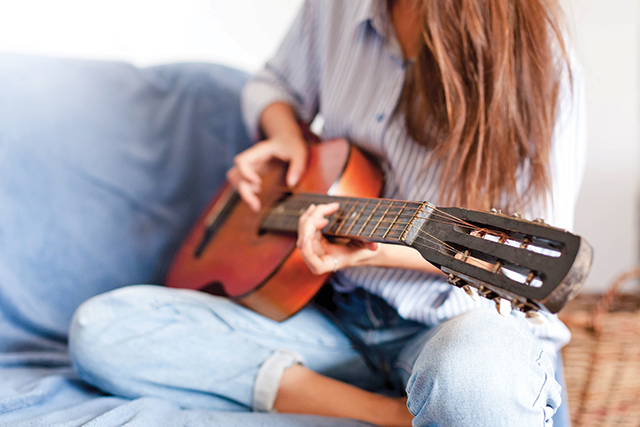 Meryl Streep is considered by many to be the world’s greatest living actress. To date she has garnered 322 Best or Supporting Actress nominations, and 164 wins, including three Academy Awards, and eight Golden Globes. Her first Oscar came in 1979 for her Best Supporting Actress role in Kramer vs. Kramer. During the awards ceremony Streep went to the ladies’ room, and left the coveted gold statue on the toilet. For her, acting was the real gold; the trophy it led to was an afterthought.

Truly creative people are more interested in the process of creating than its side effects. They do not create in order to get something else. The joy of creating is reward enough. Awards and accolades are not the goal; they are the byproducts of the goal. To dwell in the sacred state of creation is heaven; trying to manage the results is hell. Never deny or withhold your creative gifts. They will pay off first in spirit, and then in the world.

When you know you deserve to be paid for your creative gifts and service, you will be. Karen Drucker is a talented career musician who grew weary of playing for corporate conferences, weddings, and bar mitzvahs. After many years of performing pop tunes, she longed to launch out on her own, write original songs on uplifting themes, and perform for people who were actually listening. So Karen decided to take a leap of faith, and establish a career as a recording and concert artist for audiences attracted to music that nourishes the spirit.

Initially Karen’s venture was shaky. It wasn’t easy to establish a new career in a field less popular than mass music. She got a few gigs, but there was more space between them than she had hoped, and the income was meager.

One day Karen found a musician’s magazine she wanted to subscribe to. On the subscription page she found two rates offered: (1) Regular, and (2) a discounted rate called Starving Artist. Karen started to check the Starving Artist box, then caught herself. Wait a minute, she thought. Do I really want to affirm that I am a starving artist? Karen’s training in new thought had taught her that she would become whatever she thought about herself, and especially how she described herself. She did not want to identify herself as a starving artist who could not afford the regular subscription rate. So she took another leap of faith, checked the Regular box, and paid the higher fee.

Within a few days, Karen received a wealth of invitations to perform, and checks in the mail. Her affirmation of herself as a successful artist became a reality. When she purposely checked the box that represented her ideal self rather than her feared self, that is the person she became. Karen went on to become an extremely successful performer for new thought audiences, traveling around the world, earning an excellent income, and receiving awards for her original music; and now she is a well-fed artist.

It is very common for artists of all kinds to think and speak of themselves as starving artists. They do not realize the great disservice they do to themselves and their peers by affirming this lackful condition. Belief systems are reinforced by the spoken word and by agreement. What you call yourself, you become. Take care—great care—to never define yourself or your condition as less than you would like it to be. Always speak of yourself and your work in terms of the ideal conditions you wish to create, and they will follow.

There are many ways you can and will be paid for your creativity, some that go far beyond money. At age 61, Andy Mackie had gone through nine heart surgeries, and was taking 15 medications. He was tired of the surgeries, medications, and side effects. So he decided to just enjoy his life, even if his time was short. He quit taking the medications, took the $600 per month he was spending on the pills, bought 300 harmonicas, went into schools to teach children how to play them, and waited to die. When he didn’t die, he did the same thing the next month, and the next. He forgot about dying, and started to live.

Andy went on like this for years, using his social security checks to purchase more and more musical instruments, including guitars and drumsticks. Ten years later Mackie was still alive, and had used his money previously devoted to medicine to purchase over 20,000 harmonicas, and 5,500 drumsticks! When he finally left this world, though his physical heart was worn out, his spiritual heart was fully alive.

Creativity brings life and rewards you on all levels. You can assess your mental and emotional health by the degree of creativity in which you are engaged. Are you expanding and growing?  Are you launching into uncharted territory? Do you welcome challenge and change as opportunities to advance? Be true to your creativity, and life will take care of you in wondrous and miraculous ways.

Alan Cohen is the author of the bestselling book: A Course in Miracles Made Easy: Mastering the Journey from Fear to Love. For more information about this program, his books and videos, free daily inspirational quotes, online courses, and weekly radio show, visit alancohen.com; on Facebook: Alan H. Cohen (author); and Twitter @alanhcohen.

Previous Healing with Horses – Connections to All Things
Next Full Moon August 3, 2020 – Positive Burst of Activity