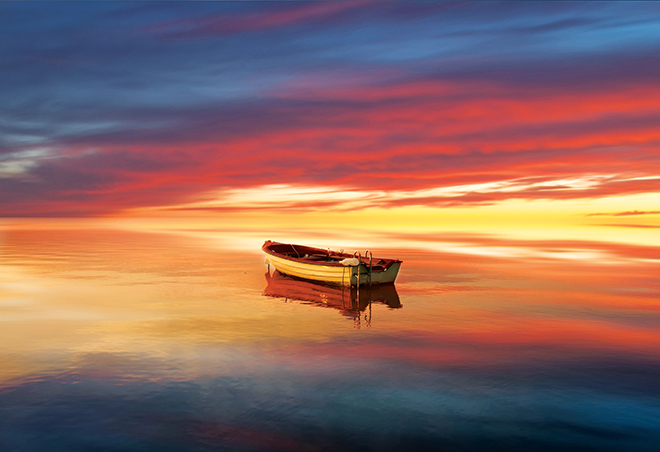 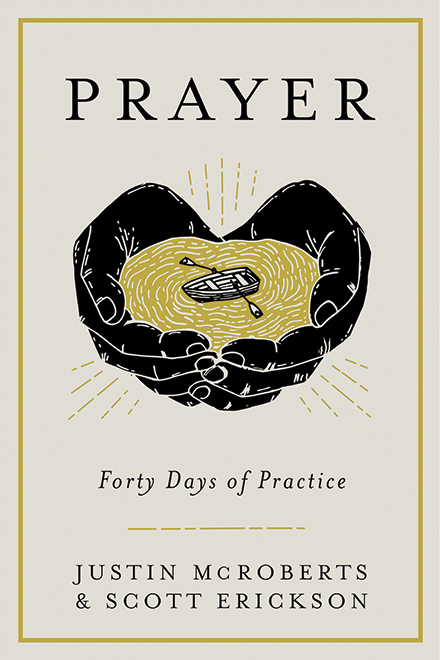 For this interview, we had the honor of speaking with the dynamic and engaging Justin McRoberts and Scott Erickson. Justin and Scott collaborated together on the book Prayer: Forty Days of Practice, which features images interspersed with reflections and practices to inspire connection. We spoke with them about how prayer is part of the human experience, uniting and connecting us to the Divine and one another, as well as the arts, sacred spaces and building community.

Justin McRoberts is a musician and songwriter, as well as an experienced speaker and teacher, giving workshops and leading retreats across the country. He has recorded 15 music projects since 1999 and is also the curator and host of the @Sea Podcast and @Sea Events. Justin has also authored two books about the creative life. To learn more, visit www.JustinMcRoberts.com. Follow him on Twitter and Instagram @JustinMcRoberts.

Scott Erickson is a touring painter, performance speaker and creative priest who mixes autobiography, mythology and aesthetics. His touring one-man show, We Are Not Troubled Guests, is a multimedia storytelling experience. Scott has been a working artist for more than a decade and his work has appeared on CNN, in National Geographic, as well as on Tyler Perry’s Passion Live on Fox TV. Scott draws from his background as an educator and visual communicator in all of his endeavors. He speaks at workshops and retreats across the nation. To learn more about his artwork, current live appearances and to access his downloadable art show, Spiritual Practices, see www.ScottEricksonArt.com. Follow him on Twitter and Instagram @ScottThePainter.

The following is only an excerpt from our full interview. Listen to the entire conversation by subscribing to the Conscious Community Podcast on your favorite podcatcher app or by visiting www.ConsciousCommunityMagazine.com.

Janae Jean: To start off, can you tell us a bit about your backgrounds? Scott, you are a visual artist, and Justin, you started in music. How did you come to write a book? 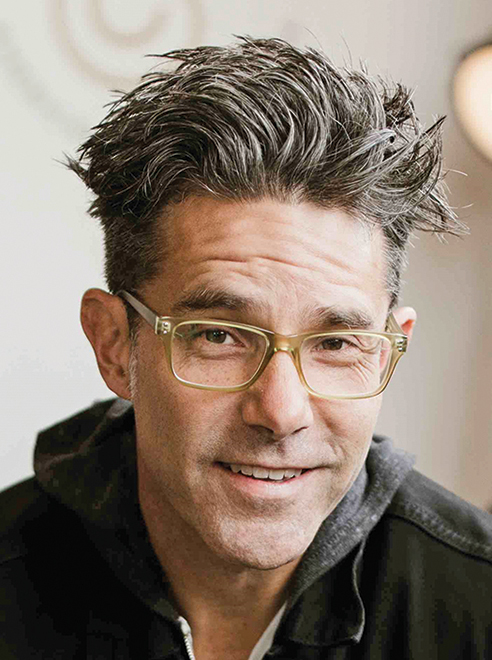 Scott Erickson: I’ve been a practicing visual artist for over a decade. When I tell people I’m a visual artist, their first question is usually, “How do you make a living?” So, I respond, “I do a lot of little things to make a little something.” I’m a painter, illustrator; I do art shows; I sell work. I’ve started doing more performance pieces, these multimedia storytelling events. Now I’m an author. So, it’s a lot of projects going on at the same time. But predominantly, I would say a lot of our language and ideas are based in imagery. When we want to have a transformative experience, we have to deal with the inner images that we have that we’re rooting our narratives and conversations in. 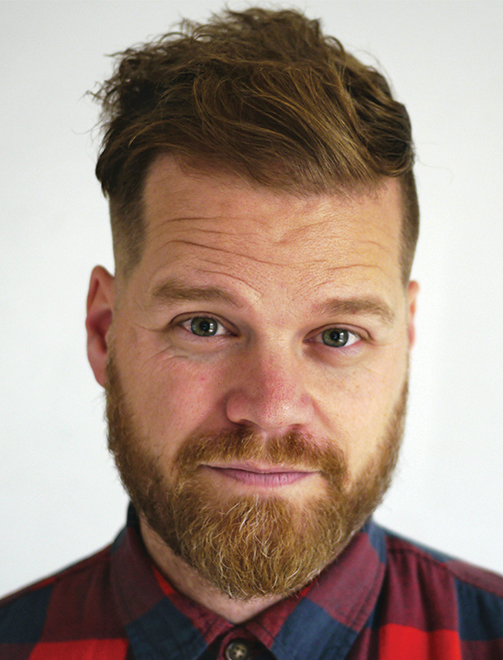 Justin McRoberts: I’ve always talked a lot, and since I was a teenager I’ve been using words in some way, shape or form to create moments. I started playing music professionally in ’98. A lot of what would happen is the storytelling element of the shows would just take off. People would comment that they were enjoying the storytelling just as much as the music, and I recognized that I was enjoying that more than the music. Then I started putting things down in blogs…and then on paper.

Spencer Schluter: Are you both coming from a Christian background?

Scott: Depends on what you mean by ‘Christian.’ That can stand for a lot of things in the world that I wouldn’t align with. Spirituality is making what’s invisible visible, and religion is the rituals, rhythms and practices that we develop around that visualization. So, the framework of Protestantism is what I grew up in. It still works for me, but there are aspects of it that I had to let go because those practices didn’t work anymore. I’ve found a renewed depth in a Franciscan spirituality; I’ve found some really helpful practices through the teachings of Thich Nhat Hanh.

Justin: Within the context of my Christianity, my more informative voices have been predominantly on the Catholic side, voices like Henri Nouwen or Thomas Merton. Beyond that, some of the more informative texts have been the Tao Te Ching and The Tao of Pooh. The Tao of Pooh was a tremendous book for me, spiritualiy. Depending on what you mean, I will identify as a Christian.

JJ: On the cover of your book, you have this image of a rowboat with hands in the shape of a heart holding it. Where do you find this ‘heart-space’ in prayer and connect to a general sense of love?

Scott: I was having a particularly difficult season financially. It’s not like when you decide to be an artist the Universe is like, “Here’s all the cash you need!” I had anxiety. When you’re self-employed, it feels like every day you should be hustling because you are holding this all together. Take a day of rest? That feels insane in our modern culture. I think visually, so my prayer was, “How should I think about working?” This image came to me. My interpretation of it is: You can waste every day. You can distract yourself and not deal with your life; you can be lazy and not get anywhere. There is work. It’s a rowboat, not a sailboat. A rowboat needs your effort to get going. Also, consider the context you are in; it’s not all up to you. I think a great paradox of any great spiritual or wisdom tradition is that your life is your practice and your formation, but it’s also resting in your becoming. The Sabbath is a rest to say, “it’s not all up to you.” There are other unseen forces helping your life transform. It’s a detox from the opiate of self-employment; I need that detox to approach the next six days. So, that image helps me to remember that. That image is like a doorway, or as we like to say an excavation tool, to that conversation of my life, and that’s what our book was trying to be.

Traditionally, prayer books are five paragraphs to read in the morning that are telling you what prayer is. This book is a one-sentence prayer and an image. These are excavation tools to get to the content. The content is the internal conversation you are having with reality, existence and the Giver of Existence. Our premise is that prayer is not a religious thing; it’s a human activity. We have friends that come from a religious tradition and friends who don’t come from any tradition at all who were telling us, “I have this inclination to pray and I don’t know how to do it.” Our work became putting that together and that’s where the book came from.

Justin: Foundationally, what we hear in prayer is the voice of love. I think that’s actually what the human heart seeks in spiritual practice, seeks in prayer, seeks in meditation. It’s a matter of just “being.” I don’t think anyone just wants to “be.” I think you want to know that it’s more than okay for you to be, that there’s a joyful belonging to the Universe, the world and those around you and that kind of loving reception. Before Jesus did anything that we recognize traditionally as the life of Christ, he’s baptized and he hears the voice of God say, “You’re my son, I love you and I’m proud of you.” I think that’s the essence of prayer. It’s the voice of the Divine saying, “You’re mine, I love you and I like what you’re about.”