From the Heart – The Sanity of Fair Exchange 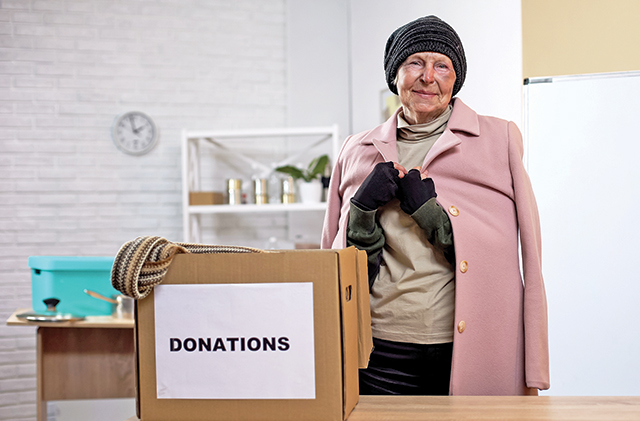 As I was walking into a local market, a homeless woman stopped me. I had seen her from afar, talking to herself, apparently mentally unbalanced. She asked if I would buy her some potato chips. “Sure,” I told her. “What kind would you like?”

Tickled that she knew what she wanted, I got her a large bag and gave it to her on my way out of the store. In her hand, she now held an ice cream cone. (Apparently, she worked lots of folks who entered the shop.) Then the disheveled woman did something surprising: She gave me the ice cream cone in exchange for the chips. Touched by her generosity, I told her I really didn’t want the cone; it was all hers. But she insisted, so I took it.

As I drove away, I realized that even distraught or unbalanced souls understand the principle of sharing and fair exchange. Something inside a human being wants to say “thank you” when kindness is given. Sometimes people who hit bottom are even more sensitive to the importance of helping each other.

In the inspiring Netflix series, The Kindness Diaries, adventurist/philanthropist Leon Logothetis travels around the globe without using money and, as a social experiment, asks people he encounters to help him by giving him food, a place to sleep or gas for his motorcycle. Many people turn Leon down, but a number of thoughtful people generously support him.

Tony, a homeless man in Pittsburgh, offered Leon a mat to sleep on in the doorway where Tony had taken shelter, and a blanket to keep him warm. He gave Leon food and offered him a new package of underwear that someone had given him. Tony had next to nothing, but he was willing to share it. Perhaps it was because he had next to nothing that he understood the value of helping. As a reward, Leon gave Tony full tuition to attend a training program that would get him a job as a skilled worker and provide him with a good income. As Leon announced this gift, tears flowed from Tony’s eyes. The circle of kindness was complete.

Right livelihood, as Buddha called it, is built on a fair and equal exchange of goods and services. In my book, Spirit Means Business, I identify 10 illusions that keep us stuck in fear about money and business, as well as the 10 truths that liberate us. One of the illusions is the goal to get as much as you can while giving as little as you can. To a spiritually awakened person, this goal is meaningless and unattractive. When someone helps you by serving you a meal, providing transportation or giving you a massage, it is natural and soul-fulfilling to want to help them in exchange. When we reframe the circulation of money as the passing around of love, we step into a prosperity mindset and we thrive.

The homeless woman also taught me the importance of being an open receiver. Although I initially resisted, I accepted the ice cream cone. Many of us are good at giving, but we block receiving. Such resistance impedes the circulation of prosperity as much as being stingy about giving. Every willing giver requires a willing receiver. When you are willing to receive, you allow the giver the joy of giving.

My mentor, Hilda Charlton, underscored this lesson in her unique way. If someone gave Hilda a compliment like, “That was an inspiring lecture,” Hilda would give the student the opportunity to amplify the gift. “Did you really like it?” she would reply.

“Oh, yes,” the student would continue, “I learned valuable tips I can use to improve my relationships.”

Occasionally Hilda would lead a meditation on gratitude. She guided us to mentally thank the people who loved and helped us. Then she would add, “You can also send thanks to me—I don’t need your thanks, but you need to give it.”

We all need to give thanks. We reserve one holiday, Thanksgiving, as a day to express our gratitude, yet we need to express it every day. Not because that will make us a good person or God will reward us one day, but because gratitude heals the giver and the receiver. Abraham-Hicks teaches that gratitude is the state of mind most representative of our true nature and thus lifts us closest
to heaven.

We are told many times in the Bible that God wants to give all to us. If we are going to have all, we must be willing to receive all. God puts no restrictions on the volume of blessings we can have. We are the ones who limit ourselves. The purpose of the spiritual path is to take the lid off of the good that we are open to receive so that we can have it all.

Sometimes people with mental disabilities are closer to heaven than many other people. That homeless woman was willing to ask for love, accept it and give it. May we all become so sane.