From the Heart – Love Without Labels 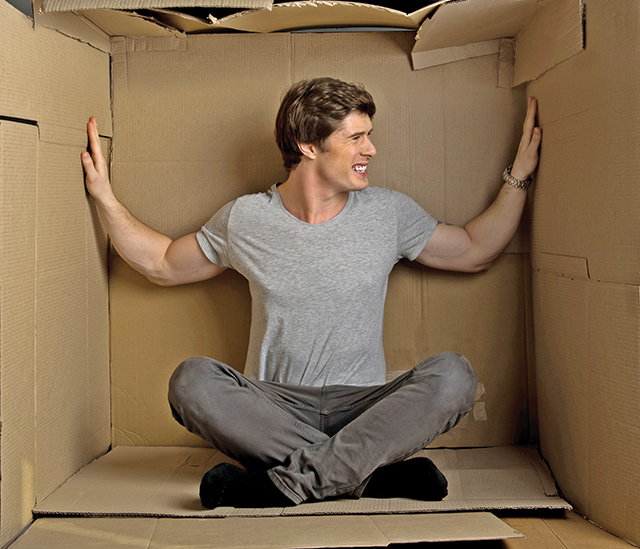 The medical world is highly invested in labels. While it is certainly practical to be able to identify and categorize diseases, it becomes attractive for practitioners to jump to a trendy diagnosis. While lots of people suffer from ADHD, Bipolar Disorder, or other personality disorders, lots of other people suffer under misapplied labels that box them into stifling identities. Naming things gives us power over them. It also gives them power over us.

A coaching client told me, “I am a sex addict.” “Who told you that?” I asked him. “My girlfriend,” he replied. As we discussed his relationship, it turned out that he simply wanted to have sex more than his girlfriend did. So, she called him a “sex addict.” It’s easy to project our fear, pain and judgments onto others. If they accept our projection, we both suffer.

When a friend of mine had a fight with his roommate, the roommate blurted out, “You are psychotic. I took a psychology course in college, so I know what I am talking about.” A few days later my friend did a favor for his roommate. “I was wrong about you being psychotic,” she said. “You just have a personality disorder.” When the roommate was angry at my friend, her weapon was to lay a harsh diagnosis on him. When she liked him again, she downgraded the diagnosis. Funny creatures, we humans.

Medical doctors and psychotherapists must issue a diagnosis if they want to get paid by insurance companies. They have to assign each patient a disease, often associated with a number, to maintain their livelihood. Imagine what would happen to a medical doctor if he wrote in his insurance report: “Jane is a beautiful child of God who has just forgotten who she is. She has momentarily gotten caught up in the illusion of limitation. I suggested she meditate regularly and love herself more, and I expect she’ll awaken to her true self.” No check for that doctor.

A friend of mine is a talented chef who owns a well-known natural foods restaurant. Some of his patrons belong to a popular health maintenance organization. Doctors who work for that HMO are required to prescribe medication for every patient they see. While I’m sure many of the prescriptions are helpful, other patients end up taking drugs they don’t need. Some of those drugs, such as anti-depressants, are extremely addictive. Clients get hooked on them and have a hard time kicking them.

On the brighter side, this HMO now allows their physicians to write prescriptions for patients to upgrade their diet in lieu of taking prescription drugs. The HMO pays the chef to teach their patients cooking classes with natural foods. Hallelujah, we are starting to wake up!

Chinese medicine is lighter on labeling diseases. The practice is more about recognizing where life force is blocked, and then opening up the blockage to allow energy to flow again. This highlights a fundamental difference between form and energy. Form is based on things, and energy is based on flow. When you “thing” a disease, you give it a life of its own and bestow it with power. You also become a “thing.” But you are not a thing. You are not even a body. You are a spiritual being expressing in the world of form. Who you are is greater than any disease anyone could name. Never let a disease define you. The key to healing is to recognize that you are a perfect, free, unlimited spirit.

In the world, we must use labels. But there is a world beyond labels. The Bible tells us to be in the world but not of it. When Pilate asked Jesus, “Are you the King of the Jews?” he answered, “My kingdom is not of this world.” Likewise, your kingdom is not of this world. Even while your body moves about the physical dimension, your spirit soars far beyond it. You can never, ever be defined by a label or diagnosis. Any name you can give a disease is far smaller than your true self. Remember who you are, and that you have power over all disease.

The real you could never have a personality disorder because you are not a personality. The word “personality” comes from the Greek “persona,” meaning, “mask.” Your mask can appear ugly, ripped or marred, but you cannot be so damaged. When you remove the mask, you have no flaws. Love knows no labels. Love just loves.

Alan Cohenis the bestselling author of A Course in Miracles Made Easy. Join Alan and musician Karen Drucker in Hawaii, Dec. 1 – 6, for an extraordinary retreat, “A Course in Miracles: The Easy Path.” For more information about this program, Alan’s Holistic Life Coach Training beginning January 1, his books and videos, free daily inspirational quotes, online courses, as well as his weekly radio show, visit www.alancohen.com.