All About Town – Holistic Health and Spiritual Expo 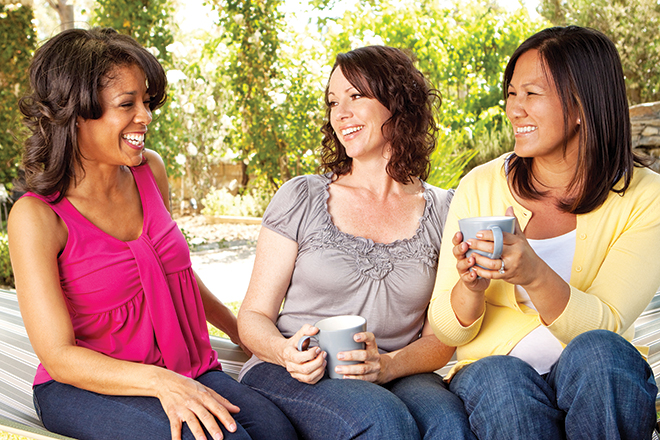 Have you ever had one of those days, where by 6:00 p.m. you are exhausted and are tickled pink at the thought of snuggling into your bed with a warm cup of tea and a heating pad? Today was one of those days for me. You see, I’ve been burning the candle at both ends with the touring of my solo show, along with other creative endeavors, yet I had a phone interview scheduled for 7:00 p.m. Due to Saturday’s inclement weather, I was unable to attend Avana Healing Center’s Holistic Health and Spiritual Expo in Crystal Lake. So, in order to write this article, this evening I scheduled a phone interview with the expo’s founder, Melissa Wilhelm. While I struggled my way into the conversation, within minutes, my fatigue disappeared, and I felt both energized and inspired. So much so that I scoffed at the idea of heading directly to bed and immediately took to writing this article.

“My intention was connection and community. I wanted to make this expo affordable to all—vendors and participants alike.” 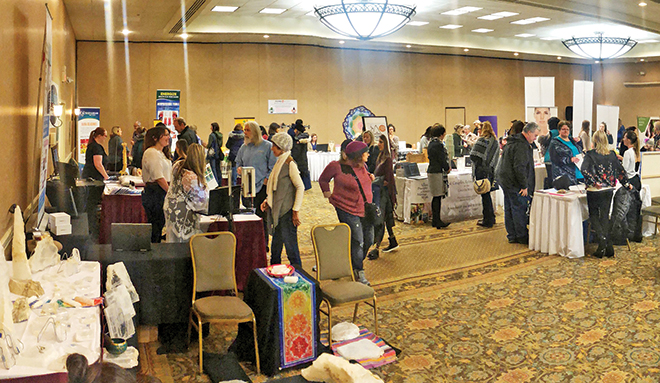 There is a famous saying, “The best things in life are free,” and in this case, they are! Melissa’s aim, in creating this event, was to make it affordable for all. For this reason, the expo was free for attendees and the fee for vendors was much more affordable than similar events. She explained that her calling in life is to uplift and support others, especially women, and that was her sole mission with this endeavor. I have no doubt that her integrity and commitment to this intention was the reason why the expo was such a huge success, snowstorm and all. In fact, my dear friend and the publisher of Conscious Community Magazine, Kasia Szumal, attended the event and shared how extraordinary it was. Like me, she too felt energized and inspired by Melissa and her infectious energy!

“A wise woman will always create her own opportunities, as opposed to seeking them elsewhere.”

From an early age, while most young girls were working part-time at the local fast food joint, Melissa was busy building her own businesses and creating her own opportunities. Unfortunately, many of us get lost in the negativity and cautionary tales that come from others, however, Melissa never did. Although the road has not always been a smooth and easy ride, she forged ahead and created several highly successful businesses. “I never knew not to start a business at 17 and another at age 22. While the world most often tries to set standards for you, you have to set your own bar.” While Melissa was raised in a family that lived paycheck to paycheck, she has since risen to a life of abundance through her own commitment to both setting and raising her own bar.

“We need to unburden ourselves and let the patterns, thoughts and behaviors that do not serve us be released.”

When I asked Melissa where her spiritual journey began, she shared that it all came to a head about five years ago. While she was already on a spiritual path, she reached a point where her kids had grown up and the strong feeling that she was missing something began to gnaw at her. Being a mover and a shaker, she did not sit with that angst too long. She announced to her husband that she needed some alone time and booked a three-day trip to Arizona. While taking walks through the mountains, journaling in her hotel room and allowing herself to have a couple of good cries at local coffee shops, she gave herself permission to go within and experience a great deal of pain that she had previously been avoiding. In doing so, her perception pivoted, and she found herself feeling very liberated and ready to forge a new path along her soul journey.

“Since early childhood, I made a commitment not to partake in unkind criticism of others, especially women. In fact, when I heard such judgment, my heart actually hurt.”

One of Melissa’s deepest intentions is, and has always been, to support and empower other women. She witnessed a great deal of anger, hatred and jealousy among women throughout her life, but was always conscious of such feelings masking deeper fears, and they were not always aware of it. “When others rolled their eyes and scoffed, I realized that their judgments were not about me, but about themselves. Thinking that they were about me was, in fact, selfish on my part. Now I always find something beautiful in other women. It could be something as basic as their smile. Whatever it might be, I made a commitment to find something to celebrate in them.”

“Let someone else lead at what they are good at. Your time will come. When you allow this, then jealousy will shift to gratitude.”

Once Melissa shifted her mindset to one of gratitude for the contribution of others, jealousy was never an issue. She was able to see their gifts as solely theirs and in no way a threat to those that were uniquely hers. I, too, have noted that I have recently found it easier to celebrate the abundance within others, especially after having incorporated the mantra, “Yes, I allow” into my thoughts, intentions and actions. I discovered that when envy arose within me, it did so because I believed others were having experiences that I would not allow myself to have. By setting an intention to invite abundance of any kind into my life without guilt or shame, allowing myself to ask for help from others, and finally, to being open to receive from others and the universe, I then noticed that the walls that I built with my emotional blocks started to tumble down. I was left with a pristine landscape upon which I could start to build the world that I had once only dreamt of.

“I now sit with myself and listen to my heart and soul, not my mind!”

When I asked Melissa how she created such a portal for higher energy at her expo, she shared that she spent a great deal of energetic preparation into it. Clearly her passion, commitment and powerful intention all paid off. I am sorry that I missed the expo, and I definitely plan on attending the next one on July 13, 2019, which will again be held at the Holiday Inn Crystal Lake Conference Center. Along with outstanding speakers and vendors, there will be a plethora of hands-on workshops and other fun and consciousness-raising events and activities. To learn more about Avana Healing and the Holistic Health and Spiritual Expo, visit www.AvanaHealing.com, or call 1-800-762-5037.

I am thrilled to be performing my solo show, CAUSELESS JOY at Equilibrium Energy and Education, 850 S. Wabash Ave, #300, Chicago 60605, on Saturday, February 2nd at 2:00 p.m. If you mention that you are a member of the Conscious Community at the door, you can view the show for only $10.

Theresa Puskar is an author, performer, speaker, minister and motivational audiobook producer. With over 25 years of experience in media and communications, she has worn many hats in the industry. She is the author of the “Terri” children’s book series, which focuses on a variety of emotional and social development issues for children, ages 5 to 9. She is also an actress and director and recently received a 4-star review by New York critic, Alex Miller for her autobiographical travelogue, Causeless Joy (formerly titled Beauty, Bollywood and Beyond), and looks forward to performing it in Los Angeles in January and throughout Chicagoland in the year to come. A powerful inspirational speaker and transition leader, Theresa edu-tains her audiences, by touching hearts and minds in a way that is engaging, joyful and life-affirming. For more information, visit her website at www.TheresaPuskar.com.