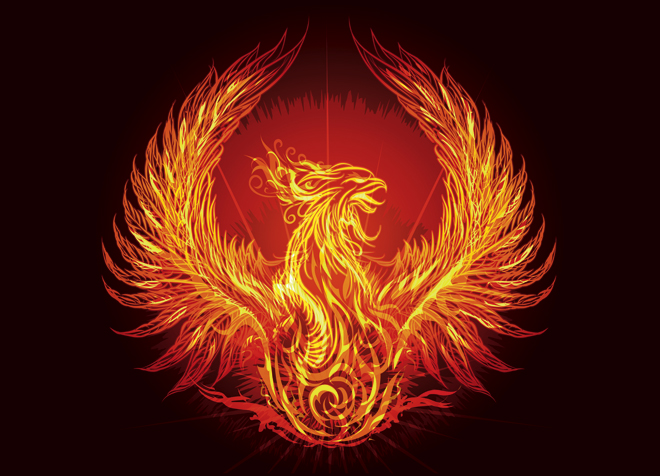 “Whether we choose to remain ash or become the Phoenix, it is up to us.  — Deng Ming Dao

Last July Conscious Community Magazine used the image of the Phoenix rising on the cover.  It was a memorial edition honoring late publisher, Walter Perschke.  He acquired the magazine from Guy Spiro, a close friend.   Guy founded the magazine and began publishing in 1979 as The Monthly Aspectarian.  This month of September marks the 39th anniversary of continuous publication.

Recently I came across a printed copy of that memorial edition.  It prompted reflection on not just what was happening when that edition was published, but during all of 2016.

Around March of that year, I discovered that David Dixon Hammond was going to play at a three-day music festival near Asheville, NC in August.  We had met at another event near Indianapolis a few years earlier.  He is a violinist and put on a great performance.  A short four-day vacation will be perfect at that time, I thought.  I quickly purchased a ticket.

Other things were happening during this part of 2016.  After 18 years with the same company, the difficult decision was made to move to a new firm that would better serve me and my clients.   A personal relationship of seven years was in the process of ending, and we began working on the details of our divorce.  After living in the Chicago area my entire life, a new destination was being sought with the focus of moving west.  A second consulting career was started with new skills to be acquired.  A friend and mentor passed away quite unexpectedly.  He did not share the seriousness of his health issues.

During April, May, and June things shifted further.  Call it coincidence, awareness, or synchronicity.  After booking the festival ticket, the words Charlotte, Asheville, and North Carolina kept showing up everywhere.  They were in videos, conversations, and random things I was reading.  I had never been to western North Carolina, so I pulled up Asheville on a map.   Sure enough, it was surrounded by mountains.  Mountains were the principle attraction for relocating west.  Maybe heading east instead is how the move will unfold?  This new possibility was considered.

Without knowing a soul or having ever been there, the month of July was spent searching home listings near Asheville.  A selection was made and a move date scheduled sight unseen except for photos.  The details were arranged the first week of August.  The following week I traveled to attend the Three Days of Light Festival near Asheville, using that ticket which got this whole process started.  It was my first time attending the 3DL festival, and it was also my first opportunity to see where I will be living with my own eyes.

It was a chance, but I could not be happier with the decision and location.  Horseback riding was added to my activities list after the relocation. I searched for an instructor and left a voice mail at Transitions.  Lynn Brown returned my phone call, and we scheduled the first lesson.  She needed my experience level, height, and weight to help her determine which of her five horses to have ready.

Arriving a week later for the first lesson, she shared a short story about this amazing Warmblood that I would be riding. He was thoroughly trained and a skilled competitor,  but he had been injured and was no longer able to perform at the highest levels.  His previous owners did not always treat him well and after the injury they gave him away to a petting farm.  However, the petting farm was not a successful fit for him.  He needed time to trust and did not warm up quickly enough to overeager children.  The farm gave up on him as well.  He was going to be destroyed when Lynn discovered him.  After a 2000 mile journey from Arizona, he now has his new start.  His name is Phoenix.

While heading home after a recent lesson with Phoenix, I stopped at the thrift shop in town which benefits the Humane Society.  Browsing the movies, a six volume set of VHS videos stashed high on a shelf was discovered.  The Power of Myth series by Joseph Campbell happened to be the only VHS tapes in the entire store.  If you read my article ‘A Chapter’ in the memorial edition last year, it began and ended with a reference to that series which appeared at important times.  Discovering it that day was another reminder that the right place to start my new beginning is here, near Asheville.

The decision whether to begin again is ours alone to make.

We can choose to remain ash or become the Phoenix.