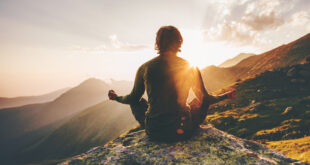 What Does Your Soul Want You to Know? 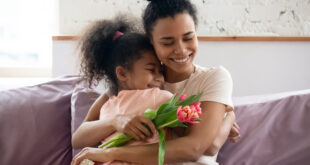 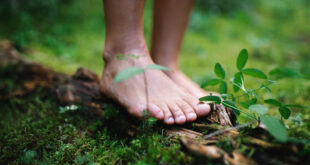 Ground and Center in a Changing World 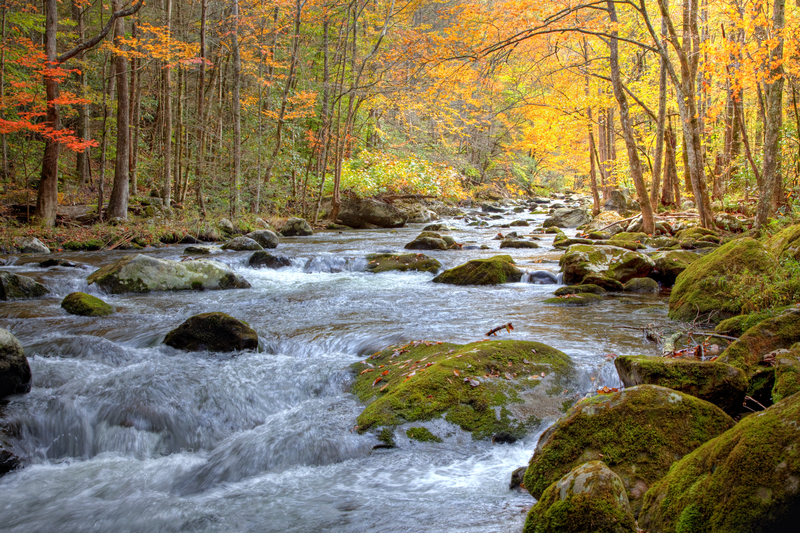 From the moment we enter this world we human beings are literally inundated with a consensual reality view—that is, a reality view that has already been firmly established through a broad societal consensus.  Thus the main impetus of our upbringing is to learn to conform to and find a niche in this present order of things.  Everything else we learn as children is secondary.

Not surprisingly then, as we embark upon the spiritual journey, one question that invariably confronts us is: How does our new spiritual perspective jive with the reality view we were taught growing up?  This question arises because it soon becomes apparent that the spiritual journey has a reality view of its own, and that view differs rather starkly from its worldly counterpart.  In other words, one thing that our new spiritual orientation does is to open us up to a whole new world of possibilities about the true nature of reality.  And the deeper we go in the spiritual life, the more disparate these two viewpoints seem to become.  It begins to feel like there is a great chasm separating the two.  When this happens to us, we may very well feel we are being required to choose which one we are to believe and which one we are to reject.  The two reality views become so divergent that they can no longer coexist in our psyche.  One of them has to be utterly rejected as false, in order for the other one to be fully embraced as truth.

This impulse to choose between these two reality views can prove to be a difficult hurdle for many spiritual aspirants.  As the new reality view of Spirit gains momentum and strength within us and the choice as to which viewpoint we are going to live by looms ahead, we find out in a hurry just how deep our commitment to the spiritual path goes.  We also come face to face with the extensive degree of attachment we have somehow developed in regards to the worldly viewpoint.  It may very well feel to us that our original worldly viewpoint has become a part of the very fabric of our being, so that it is simply not possible to erase it.

Thus even after we have made the choice to adopt the spiritual viewpoint and reject the worldly one, we may find this unreasonably difficult to do.  Why is this?  In all likelihood the inertia we are feeling is linked to a deep-seated fear of nonconformity.  While we may be willing intellectually to reject the worldly belief system as false, emotionally we are terrified of becoming a social pariah, if we do so.  Why is this even an issue?  Because the worldly viewpoint has become such a broad consensual phenomenon that to reject it has become tantamount to rejecting all the people who continue to uphold it as the one true reality view.  So it is that many spiritual aspirants have discovered that severe social upheaval tends to accompany their deepening commitment to the spiritual path.  Their friends no longer understand them and lose patience with them.  Even their family members feel pushed to the limit on account of their “strange new views.”

Then we discover an even greater impediment in our path.  We come to realize that the consensual voice of the world is not only “out there;” it is inside of us—lodged within our own subconscious mind.  This is what our conditioning has done to us.  It has planted the worldly reality viewpoint deep within our psyche and rendered it off-limits to all our previous attempts at self-awareness.

This is why social conformity becomes a hurdle for us.  The apparent clout of the consensual view, both outside of us and within us, causes us to rethink our commitment to our new belief system and ask ourselves, “Is it worth becoming a social pariah over?”  Instinctually, we may feel inclined to pull back the reins a little, until we can sort out this dilemma.  Thus without fully intending to, we find ourselves seeking to compromise and tone down our commitment, so that it does not lead to outright social ostracism. We do not want to give up all the ground we have gained spiritually, but we also do not want to come off as being so extreme that other people do not get us anymore.

This results in a phenomenon that can only be described as “worldly spirituality.”  What is worldly spirituality?  It is the attempt to blend these two reality views, find and focus on the common ground between them, and then begin living and expressing this conglomerate viewpoint—one that we hope will allow us to be socially accepted in both realms.  We continue to spiritualize our consciousness while simultaneously retaining our overall worldly viewpoint. At the very least we decide to put off the work of deleting it.  But while we may fool others with this approach for a time, it does not take long for us to realize that it is harder to do than we thought it would or should be.  It requires too much of a tightrope walk to be sustainable.

And so we find that this approach of mixing the two viewpoints together is not really a valid option.  We can perhaps do it for a while, but then it dawns on us that we really must choose between the two.  And that means that if our spiritual commitment is truly something we have come to value we will have no choice but to let the worldly view go, in spite of our deep seated fears of social nonconformity.  In other words, what we must do is first, face those fears and then, overcome them.  This is no easy task, but rest assured, it can be done.

Once again it is conscious awareness that accomplishes this difficult work.  It is learning the truth about our own created inner makeup and the human forces that have acted upon us in our past—forces that have been shamelessly manipulative and controlling and have made us slaves to their subconscious mental imprint.  We also have had it drummed into us that consensus constitutes power—that so many people in agreement cannot be wrong.  But the truth is that just because those who hold unquestioningly to the worldly viewpoint make up the vast majority of human beings living on this planet at this time they can be wrong.  This is what spiritual truth will reveal to us, if we allow it too.  The broad consensus of human belief can be and is, in fact, erroneous.  Unfortunately, there is another convincing aspect to consensus to be reckoned with—the aspect of intimidation.

We have all encountered intimidation in our lives.  It has become a widely used power play in our hostile Darwinian society.  Strong ambitious people learn how to wield it like a weapon, in order to get what they want.  Then they often mask it over so as to appear that they are simply confident successful people.  Meanwhile, those who are the brunt of these attitudes are not only terrified of such people; they are also deceived by them.

In a similar way the intimidation that has become associated with the broad societal consensus pertaining to reality can also be terrifying and deceitful.  For inherent in that viewpoint is the sometimes subtle attitude that spiritual life is not even real—that it is just a kind of crutch for hurting souls to lean on and give meaning to their dysfunctional lives.  In other words, if the proponents of the worldly reality view perceive our weakness in the face of intimidation they might just go on the offensive and seek to utterly discredit that which is dearest to us.  So not only do we need to be convinced that our choice to pursue spiritual truth is the right one we also need to be very strong in the face of intimidating opposition.

The good news is that there is strength and power to be found in spiritual truth itself—a power that is more than able to steady us and make us stand strong.  That is why the solution to this dilemma is not worldly compromise; rather it is just the opposite of that.  It is to give ourselves over so wholeheartedly to our new spiritual viewpoint that we cease to be vulnerable on account of social neediness and doubt.  If we can have the courage to do this we will find that both consensus and intimidation can no longer oppose or touch us.  And this is also the first step in overcoming our fear of nonconformity.

The worldly reality view has consensus and intimidation on its side, but when looked at closely these two so-called human powers turn out to be weak compared to spiritual truth.  Consensus is a number.  What does it matter if that number is one or eight billion?  It is just a number.  And intimidation is nothing more than a pretense.  It is an act on the part of the human powers-that-be with only one intent: to make us afraid.

In contrast, spiritual truth is neither deceptive nor manipulative.  It does not attempt to control us or enslave us to its viewpoint.  Rather it just is.  And what is perhaps most amazing is that spiritual truth is not a human invention.  It has come to us from a higher power—a power that is far more loving and good than anything found in the human realm.  Thus it comes replete with hope and the promise of full liberation.  The human consensual view of reality may seem convincing, but it offers us nothing but social acceptance and the possibility of temporal success.  Ironically, though it has the numbers it ends up leaving us entirely alone—an aloneness from which we must not only fend for ourselves in this life but then must face the cruel reality of our own mortality.

The fear of nonconformity is, in truth, the fear of going it alone in the face of intimidation—of swimming against the strong current of consensus.  But it is the reality view of man that leaves us to fend for ourselves.  And the current it is swimming against is the current of God’s River of Life.  Thus on the surface of things it may appear daunting to go against the human tide, when, in fact, it is much more devastating for us to swim against God’s current.  Swimming with the human current may bring us a temporary sense of social acceptance and belonging, but in the long run it is sure to land us on the shoals of death—a fate that only a deep spiritual commitment can avert.

This is the truth that empowers us to overcome the fear of nonconformity once and for all.  Hollow and deceptive is the path of human conformity, while the reality is that it is God’s universal law that is the only power worth conforming ourselves to.  Those who do so with all their hearts escape the karmic wheel and are set free forever.

Previous What Does Your Soul Want You to Know? 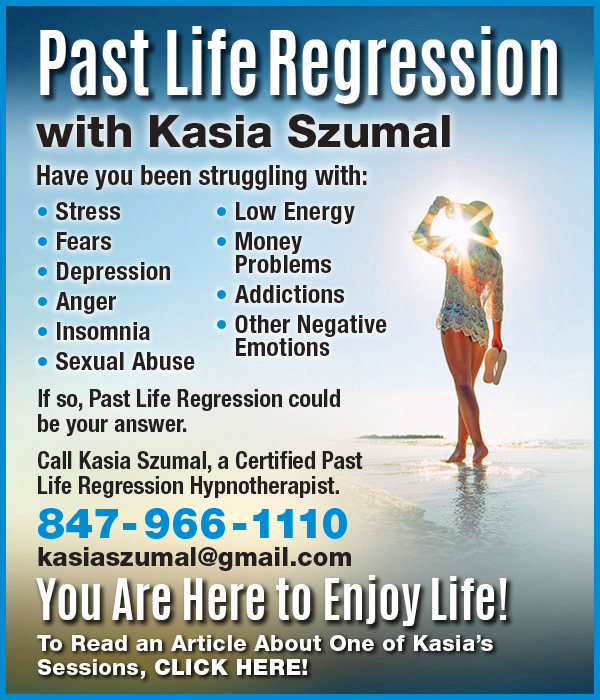 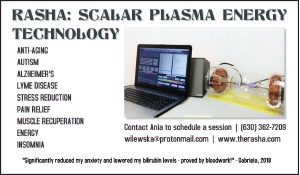 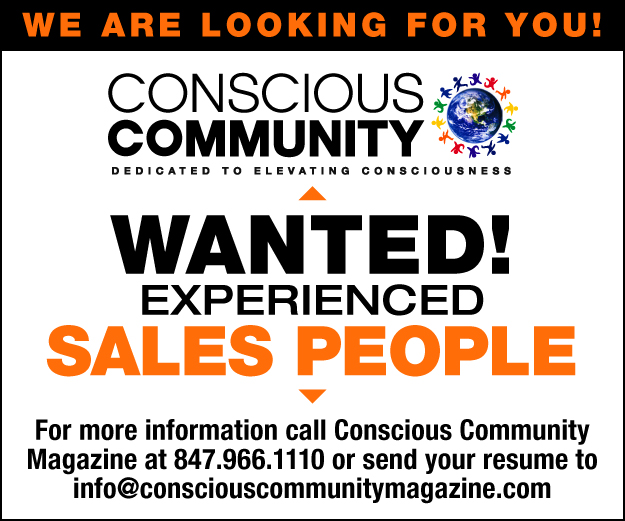