One World, One Breath – Interview with Bill Douglas 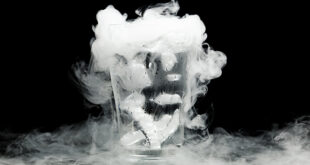 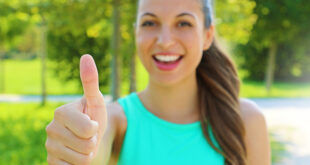 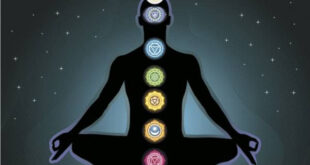 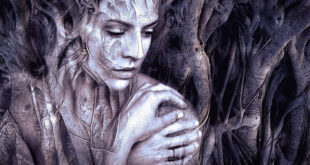 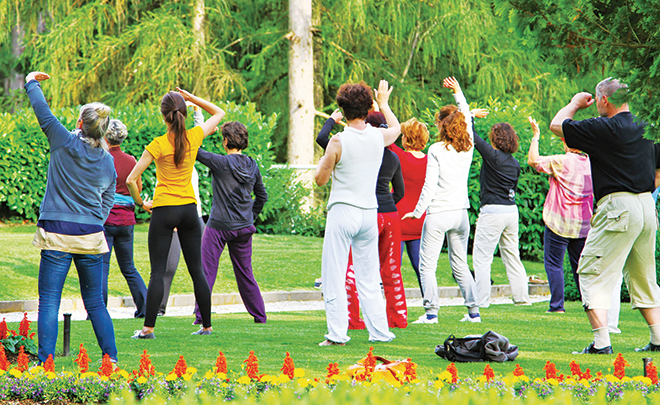 Recently, we were joined by Bill Douglas, founder of World Tai Chi and Qigong Day. Bill is the tai chi expert for Dr. Weil’s websites, the author of The Complete Idiot’s Guide to Tai Chi & Qigong, as well as the host of the DVD, Anthology of Tai Chi & Qigong: The Prescription for the Future. Bill gives presentations worldwide and currently teaches tai chi at the University of Kansas Health Systems and the University of Kansas Medical Center.

The 20th Anniversary World Tai Chi and Qigong Day is on April 27, 2019. In the Chicago area, it will be held at the Theosophical Society in Wheaton, IL. Visit www.worldtaichiday.org.

Janae: You are the founder of World Tai Chi Day, correct?

Bill Douglas: Yes, me and my wife, Angela Wong Douglas.

JJ: What inspired you to create this day? How did you get the word out to tai chi practitioners around the world?

BD: Originally, we were teaching tai chi and qigong in yoga studios. Then we got an offer to teach tai chi at a major medical center in the Kansas City area, the Shawnee Mission Medical Center. During the first eight-week session, we had a bunch of medical professionals who started seeing really amazing results. The pharmacologist saw his high blood pressure go down very significantly. In fact, he got his general practitioner to write him a prescription for tai chi. The surgeon had a whiplash injury that caused chronic pain and limited mobility. After the eight-week session, she not only didn’t have chronic pain but regained full mobility.

This was 20 years ago before I was internet savvy. These medical professionals used their database to look up tai chi medical research and handed me the research. At first, I didn’t know what to do with this research. As I started to see the potential of tai chi and qigong for what the mass of society is dealing with on a physical level, we started sending out this medical research to the media. We thought that the media would pass it on to their readers and viewers. We were stunned that they weren’t interested.

One day, I was sitting in my backyard meditating and had this idea of creating a mass tai chi exhibition that would be so big and visually unusual that it would be hard for the media to resist it. So, we spent several months getting as many people as possible to meet on the south lawn of the Nelson-Atkins Museum here in Kansas City. Then we spent several months doing media work to inundate the local TV and newspapers with press releases to get them to come and cover it. We showed up that day with no idea what was going to happen.

When Angie, our two kids and I pulled up, there was nobody there. Then suddenly people started walking in from all different directions. Within fifteen minutes or so, there were 200 people there. We had 200 people spread out across this beautiful lawn in front of this majestic museum, and we did tai chi. The media showed up in droves—three tv channels and five different newspapers. When we got home, I got a call from one of my assistant teachers who said, “We were on CNN today!” Then we started getting contacted by other tai chi groups who had seen it who said, “We want to do this too!” So, we reserved worldtaichiday.org and decided to make this a world-wide event. That next year, it was in 12 countries and 12 US states.

Angie and I wrote the Complete Idiot’s Guide to Tai Chi and Qigong, and we got the publisher to include a chapter called “World Tai Chi and Qigong Day” with this vision. We didn’t know if it was going to take off or not. That chapter got the word out through people who were reading the book and a lot of them were tai chi teachers. Now it’s in hundreds of cities in over 80 countries on the last Saturday in April.

Spencer: Tai chi and qigong are often regarded as spiritual practices. It has that aspect to it, but it’s also physical exercise. You can get the cardiovascular benefits as well as the benefits you get from seated meditation. 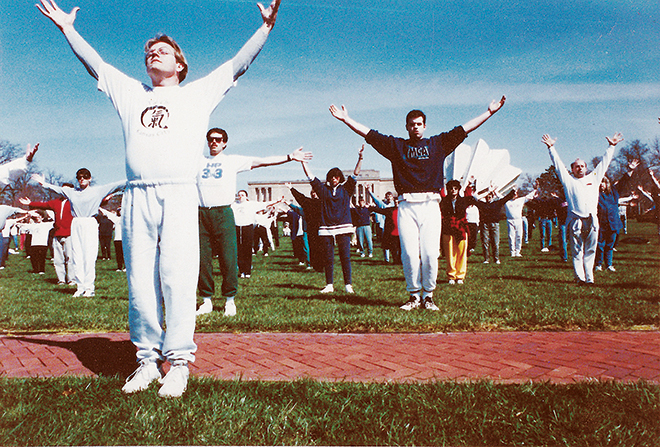 BD: Tai chi and qigong can do those things you mentioned. They can set the stage for really profound spiritual experiences. Over the last 20 years, we’ve been collecting all the breaking medical research on tai chi and qigong. What you find when you immerse yourself in that data is that these mind-body practices have profound health benefits. Dr. Herbert Benson at Harvard wrote The Relaxation Response, which was really the first medical research on meditation. He said that between 60 and 90% of the health issues that bring people to the doctor are caused by stress and are best treated by mind-body practices.

One of the places that it’s insane that it hasn’t already happened on a massive scale is in public education. Every schoolkid, from kindergarten to university, should have a mind-body practice taught to them through health science or physical education. It would literally save trillions of dollars over time and that has the potential of changing the world. If you look it up, you’ll find that ending world starvation would only cost about $30 billion. So, these practices have the potential for changing the world on many levels including that one.

JJ: You’ve also written fiction books and so has our previous guest and tai chi teacher, Monk Yun Rou. You mention in your DVD that there is a relationship between tai chi and creativity. Do you find that you become more creative the more you practice?

BD: This segues with the Taoist concepts of tai chi. If we relax out of the way, there is great possibility waiting to expand through us and part of that is creativity. There was a well-renowned concert pianist from Scotland who had read my book. He was doing a tour of the United States and was going to perform at a university near where I live. So, he contacted me to see if we could get together. He talked about how tai chi had profoundly increased his creativity. I’ve been contacted by various authors with the same comment. When we practice these mindfulness techniqx ues and practice relaxing out of the way, we let go of everything that we are so there is space of this newness to expand through us. In the Tao Te Ching, Lao Tzu said, “When I let go of what I am, I become what I might be.”

Previous All About Town – Enlightenment Blessing
Next Ask Alecia – May 2019