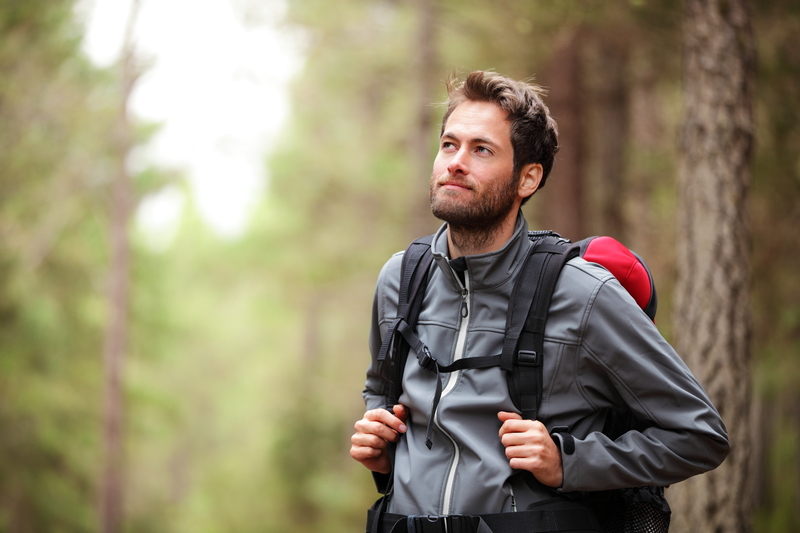 Men can’t help but be spiritual. The fact of being alive is a spiritual experience, yet many have lost their conscious awareness of this fundamental truth. Gradually over the past several centuries, the rational, logical mind has usurped the creative wisdom of Spirit and the deeper awareness of the interconnectivity of all life. Civilization has further eroded men’s intimate association with the natural world, and instead, earth and all its non-human inhabitants-plant, animal, and mineral-have been viewed solely as resources for the sustenance of more and more human beings. The prevailing belief has been that the planet is one to be dominated and subdued, rather than viewed as a beautiful, giving, and abundant Mother Earth with whom we can have a mutually beneficial and cooperative relationship.

What happens for most of us men raised with this kind of norm is that we become removed not only from the more natural rhythms and seasons of the earth, but dissociated from our own internal rhythms and instinctual selves. Many never hear-or else ignore-the call of Spirit that beckons us to follow our soul’s destiny. Instead we chase materiality at the exclusion of the deeper currents of life. Although this path may yield great riches-or at least a comfortable existence-the cost to our bodies and our soul is great.

One of my favorite poems is by Rainier Maria Rilke (translation by Robert Bly), who speaks to this:

Sometimes a man stands up during supper and walks outdoors, and keeps on walking, because of a church that stands somewhere in the East. And his children say blessings on him as if he were dead.

And another man, who remains inside his own house, dies there, inside the dishes and in the glasses, so that his children have to go far out into the world toward the same church, which he forgot.

One of the men’s groups I participated in would read this as part of the opening ceremony at each meeting. It speaks to the spiritual adventurer that lies inside every man. Typically, unless he is raised in a way that supports this kind of exploration, his soul’s urgings to seek out the bigger truths of the earth and the cosmos remain dormant until such time as they are awakened-if they ever are.

The Two by Four Path of Awakening

Over the many years of working with men, I’ve found that this awakening can sometimes come as a result of the “two by four” approach. This is where a man is going along thinking everything’s okay with his work and his relationship, even though there’s this nagging voice inside saying otherwise, and God hits him with a metaphorical two by four-his wife divorces him, he gets laid off from his job, or his addictions catch up to him-some momentous disruption of his life. He can take it as a signal to change or ignore it, but by the time he’s in his late thirties or forties, it becomes more difficult to deny it.

I was in serious straits following my divorce from the mother of my two daughters. I felt alone, confused, and unclear about what direction my life was taking. I loved my girls, but didn’t feel competent as their father, and was burdened with guilt from divorcing their mother while they were still young. I knew I had to change my life, but wasn’t quite sure where to go. The seeds of my spiritual awakening actually had begun during my marriage following a dramatic realization that I felt unlovable as well as unworthy of being loved, yet it look the separation to underscore a heartfelt need for a deeper and more profound love- a kind of love that I later realized to be the kind of love that all spiritual masters spoke of.

During the years that followed, I found solace in a sequence of spiritually focused organizations. My involvement in each typically lasted about three to four years, at which point I would move in and explore another “church that stands somewhere in the East.” My seeking eventually brought me to shamanism about fifteen years ago, and from my first initiation, I knew it was the path I’d follow for the rest of my life. I also realized that each step I’d taken had been necessary to move to the next one.

I’m not suggesting that every man needs to follow a shamanic path, however there are important aspects of shamanic practices that I’ve found particularly attractive to a lot of men. One of these shamanic technologies is forming a relationship with an animal spirit guide, or power animal.

Power animals touch something deep and ancient inside a man, a yearning for a more intimate and heartfelt relationship with the natural world that’s often forgotten in the haste, competitiveness, and isolation from nature that is so endemic to the modern world and modern man. Power animals help a man remember at a profound level his ancient and interrelated connection to Mother Earth. Working with power animals and animal spirit guides is a spiritually practical way to work with the various energies of the earth.

The whole notion of power animals has its roots in some of the earliest spiritual practices of humans cross- culturally and continues in indigenous peoples today. It’s particularly fitting for today, when many men are awakening to the wisdom of our long-ago ancestors and realizing that so- called “primitive” people have much to teach us.

In the Company of Men

Our ancestors also knew another secret: that we needed one another. Sometimes our lives depended on it, and in combat situations this is still true. Theses days, getting together with other men generally happens in order to work together, to play a sport, or go to the pub and have a few- all perfectly legitimate ways for men to hang out together. Yet at some point in a man’s life, it’s important to expand on these characteristic ways of being together, to break the sense of isolation that many men experience, and to be supported by other men in our mission and purpose on this earth. This is as spiritual as a man can get.

In all indigenous cultures, men would spend a good deal of their time together, whether hunting or preparing and enacting rituals to honor the sacredness of life. In Australian Aboriginal cultures, men’s sacred ceremonies were exclusive of females, and vice-versa.

I’m strong advocate of men gathering in groups on a regular basis to share our triumphs, concerns and to give and receive support to one another. I’ve been involved in men’s groups for the majority of my adult life, and I can say unequivocally that it’s made me a better man. I’ve developed some close relationships with a few men who are spiritual brothers, ones I can call on in time of need. And by need, I don’t mean only when I’m broken and bleeding, but with milder needs.

Yes, there are blocks for most of us to overcome, the main one being to trust other men enough to be vulnerable. After all, we’ve all been hurt in some way by other men, starting with father, and any betrayals by other men stay with us for a long time. We may even have been teased for being too sensitive. Whenever men get together, the specter of homophobia can appear, inhibiting us form revealing our inner feelings and thoughts. It takes a different sort of courage to confront these and overcome them, to test the waters of trust with other men, to discern in this who can be trusted-and who can’t.

If you think of yourself as a spiritual seeker, then I strongly encourage you to look into the idea of men’s group. You can put it together yourself with a couple of your mates that you’re close to, taking a leadership role. Again, it takes courage to take this kind of risk, but the worst that can happen isn’t all that bad, and the rewards will become self-evident by your taking such a bold step.

Another option is too look into an organization called “The Mankind Project Adventure” (www.mkp.org). Amongst other types of programs, they produce a core program called ”New Warrior Training”, which is a male initiation experience. That’s all I can say about it, other than that I’ve gone through it and found it to be a powerful and extremely satisfying experience.

Now, male initiation-but that’s another story and another article for another time…

In addition to Power Animals: How to Connect with Your Animal Spirit Guide, Dr. Steven D. Farmer is the author of Sacred Ceremony: How to Create Ceremonies for Healing, Transitions and Celebrations, as well as several other books and articles. Dr Farmer is a retired psychotherapist, college professor, shamanic practitioner, and ordained minister with over thirty years experience as a professional healer and teacher. He makes his home in Laguna Beach, California, with his wife, Doreen. For further information go to https://drstevenfarmer.com

Previous Setting Healthy Boundaries
Next What You Sow, You Shall Reap