From the Heart – The In-Crowd 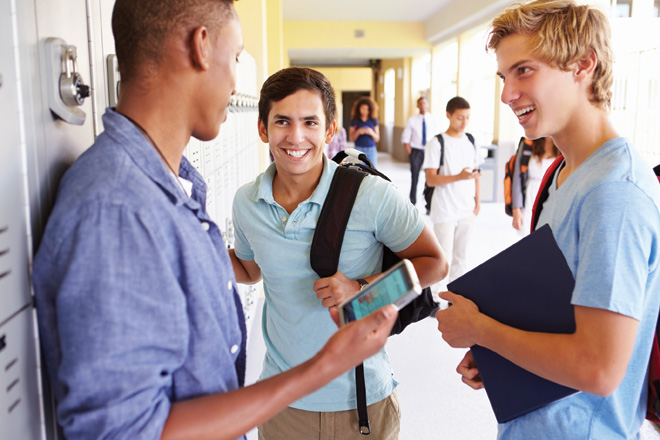 In high school, I looked up to my classmate Rick Brown, the quintessential cool guy. He was the good-looking captain of the football team and president of the student council. He had a cheerleader homecoming queen girlfriend and was liked by everyone. I envied Rick because he was at the epicenter of the in-crowd, and I saw myself as a distant outsider.

I couldn’t have been more stunned. Here was a guy who had all the accoutrements of success, all the things I wished I could be and have. Meanwhile, he was envying me. How insane is that? That serendipitous meeting with Rick proved pivotal for me. That day I realized that the voice in our head that tells us that we are defective or less-than is a liar.

A story from the video series The Beatles Anthology illustrates this very dynamic. At the height of the Beatles’ illustrious career, George Harrison decided he wasn’t fit to be in a band as talented as the Beatles. He went to Ringo Starr and told him, “I’m not a real Beatle. You guys are the real Beatles, so I am going to quit the band.” Ringo replied, “I was just thinking the same thing—that you three are the real Beatles and I am the fake, so I will quit the band.” The belief that either George or Ringo were not the real Beatles seems laughable and ludicrous, since each of those musicians was talented in his own way, and the unique synergy of those four made the Beatles the most successful entertainers in history. But, each of them had to face and deal with their own demons. If even the Beatles suffered from a sense of deficiency, you can see what a fake that voice is, and why you should give it no credence and not let it stop you.

The pervasive belief that “I am a phony” is called “fraud guilt.” We all have it and there are several ways we deal with it. Most of us run from self-judgment by busying ourselves with endless tasks and errands, working continuously, or distracting ourselves with our smartphones or other addictions. Others attempt to compensate for their perceived lack by building up an ego-façade of braggadocio, competition, bullying, anxiety-driven achievement, adding degrees or collecting empty trophies.

Another group is willing to look within and heal self-judgment by holding it up to the light of higher awareness. James Thurber, author of The Secret Life of Walter Mitty, said, “All men should strive to learn before they die, what they are running from, and to, and why.” It is only when we are willing to stop, step back, and tell the truth about what motivates us that we can break free.

A Course in Miracles tells us that the world we have created is inside out and upside down, the exact opposite of the way we were born to live. If you want to know what is true, take most of what you have learned about how to succeed and reverse it. One of the most pervasive illusions is that we have to struggle to become good, worthy and likeable. The ego thrives on creating fictitious gaps between who we are and who we should be. But, there is no gap. We are already good, worthy and loveable as we are. If we can love, honor, accept and cherish ourselves right where we stand, every door that we have sought to kick down would open effortlessly before us.

To envy another person is to deny the gifts you uniquely bring. One way to reframe envy is to replace the word with the letters N.V., which stand for “new vision.” If someone has something you want, they are demonstrating that you are a match to that attribute because you are aware of it. Everything you see in the outside world is a reflection of what is going on in your inner world. “You spot it, you got it.” So, instead of separating yourself from that person or attribute by believing it is outside of you, expand your vision and claim ownership of that trait by realizing it is inside of you. Then you heal the sense of separation and gain all that you thought you missed.

The in-crowd is not a group of people you need to join. You cannot get in because you are already in. The real in-crowd is made up of those who are willing to look within to find themselves.

Alan Cohen is the author of many popular inspirational books, including the forthcoming The Tao Made Easy. Join Alan in Hawaii this December for his life-changing seminar Transformer Training to develop your skills and/or career as a teacher, healer, or leader. For more information about this program, Alan’s books and videos, free daily inspirational quotes, online courses, and weekly radio show, visit
www.alancohen.com.

Previous Astrology 101: Transits and Aspects
Next Community Happenings – May 2018