From the Heart – How to get Out of a Coma 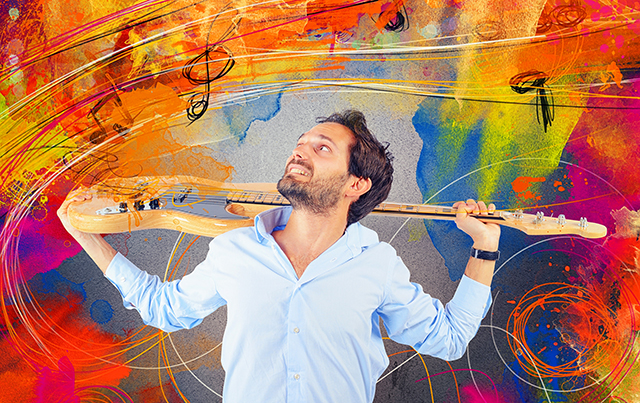 I was honored to meet Morten Lauridsen, a genius musician considered by many to be the world’s greatest living composer of choral music. He is widely respected for his stirring opus, “Lux Aeterna” (“Eternal Light”). Morten told me that one of his dear friends, a conductor who often conducts Lauridsen’s compositions, fell into a coma. After several weeks, doctors could not predict whether or not he would awaken.

Morten went to visit his friend, who was lying inert in a hospital bed. After a minute Morten began to gently sing the chorus of “Lux Aeterna.” Then, to onlookers’ astonishment, the patient raised his hand as if he were conducting a chorus. This was the first time the man displayed any activity since he had fallen comatose. Eventually he was resuscitated. (For a moving journey into Lauridsen’s music, watch the documentary Shining Night, available at innerharmony.com.)

This healing incident is as metaphoric as it is literal. We have all fallen comatose. In the Book of Genesis we are told that “…a deep sleep to fall upon Adam,” but nowhere in the Bible does it say that he woke up. We are all Adam, still immersed in the dream  of limitation. We have become sleepwalkers, trudging through our days wondering who we are, and why we are here. In the poignant film Joe Versus the Volcano, Meg Ryan’s character sums up our predicament: “…almost the whole world is asleep. Everybody you know. Everybody you see. Everybody you talk to…only a few people are awake, and they live in a state of constant total amazement.”

How, then, do you awaken from the coma of a dreary, burdensome, or oppressive life? The antidote is passion. Passion is the avenue through which life guides you to fulfill your unique purpose. When Morten Lauridsen’s friend heard music that stirred his soul, he found a reason to awaken and live. We all have a reason to awaken and live, yet we must act on it to reap its benefits.

In the classic movie Ferris Bueller’s Day Off, Ferris phones his friend Cameron to ask him to play hooky. Cameron tells Ferris, “I’m dying.” Ferris replies, “You’re not dying, you just can’t think of anything good to do.” If you feel sick or tired, ask yourself, “What might I do during the day that would make me want to wake up in the morning to do?” Your honest answer to that question will open the door to your next important step in life.

When you follow your bliss, you deliver gifts that stir others to find their passion and fulfill their purpose. Frederick Buechner declared, “To find our calling is to find the intersection between our own deep gladness and the world’s deep hunger.” Acting on joy is not selfish at all; it is your gift to humanity. In a world where many people are suffering, those who choose happiness are the lifeline by which others find their own way home.

I saw a documentary about a high school student named Steve who was getting poor grades and getting into trouble. His parents and teachers tried to correct him, but nothing they did worked. Then Steve discovered a bird sanctuary where injured birds of prey were given refuge, resuscitated, and released back into the wild. Steve was fascinated by this place, and visited daily after school. He became a volunteer, and eventually got a part-time job. Meanwhile he stopped getting into trouble. The final scene of the documentary showed Steve giving a lecture at the sanctuary to students on a class trip—the very class he had been flunking. When Steve found something that stimulated him, his life lined up.

To be true to your passion, you must release activities that run counter to your joy. You cannot simultaneously be comatose and passionate. Every thought you think, word you speak, and action you do either enforces your coma or releases you from it. To get and stay awake you must tell the truth about what brings you life: It, and what saps your life: Not It.

An army general noticed that one of his soldiers was acting weird. The private would walk around the post, pick up papers, and after reading each one said, “That’s not it!” The general sent the soldier to the psychiatrist, who concluded that he was deranged, and wrote him a discharge order. When the private read that paper he shouted, “That’s it!”

Everything in the world either reinforces the insanity that keeps it in force, or opens the door to escape from it. Meanwhile there are bigger, wider, richer worlds that also reinforce themselves if we step into them. William Blake declared, “If the doors of perception were cleansed every thing would appear to man as it is, Infinite. For man has closed himself up, till he sees all things thro’ narrow chinks of his cavern.” (Sic)

We are spiritual beings who have gone to sleep only to experience the joy of waking up. At this moment a genius is singing to you a song to stir your soul. The moment has come to lift your arm, and return to the podium to conduct the chorus of your life.

Alan Cohen is the author of many inspirational books, including Relax into Wealth. For more information about his programs, books, free daily inspirational quotes, and his weekly radio show, visit alancohen.com.

Previous Publisher’s Letter – November 2020 – The Power of The Heart
Next Past Life Regression – Heals Us From Our Past
Conscious Community Magazine
© Copyright 2022, All Rights Reserved