Death and Resurrection – The Metaphysical Story of Easter 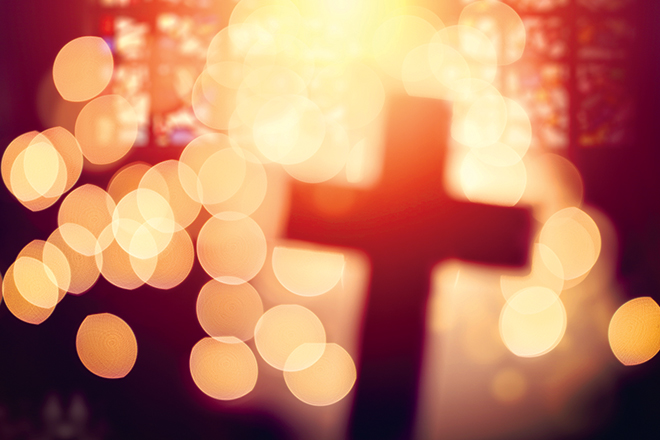 Perhaps the greatest mystery of Christianity and the entire world is the story of the crucifixion and resurrection of the man called Jesus. Did it really happen? Did it happen the way the story is told today in the Christian gospels? And, just as importantly, why did it happen? How could the man Jesus, who could raise the dead and walk on water, be crucified and die in a most excruciatingly painful way without intervening with his own divine power?

For the answers to these and many other questions that humanity has been asking for thousands of years, I asked the spirit guides that are here to help us all in our inward journey to our true spiritual nature. These are the answers they gave me, which I have every reason to believe are true. The simple explanation of their ability to respond to such questions is that they do not live in any time-space continuum and thus are not limited by time and space. In their world, the guides can visit the events we are questioning and give us the answers we seek. And they cannot lie. This communication is called channeling, and a longer version of the process will require more time, and space.

The death of Jesus by crucifixion is a true story. But how it happened has been “revised” in the centuries since. The consequences of those revisions have had a profound effect on the teaching of Christianity. Much emphasis has been placed on the pain and suffering of Jesus in this process. Yet the metaphysical message of these events is that there is no suffering, and there is no death.

Peter, “the rock upon which I will build my church,” Peter the first apostle, said in his gospel when he saw Jesus upon the cross, “but he was silent as having no pain.” Yes, there is a gospel of Peter, it’s just not in the New Testament. Peter also reports that Jesus was on the cross for six hours. Peter states that it was midday when Jesus was placed upon the cross. Jewish custom said that “the sun is not to set on one put to death.” In other words, someone executed must be buried before dark on the day of their demise. The midday reference by Peter, six hours on the cross before death and burial before dark by custom fits the scenario. According to Roman records, the average time on the cross before death was three days. A person being crucified died of suffocation when they could no longer support their own weight and their diaphragm could not function. It was considered merciful to break the legs of the person on the cross because they would die quicker, but Jesus’ legs were not broken, yet he died in six hours.

Did Jesus have a choice? Of course he did, and he chose to leave this earth in a very visible and public way. Ask yourself; of what value would the resurrection be if Jesus died of old age? If there is anything I have learned in studying and teaching metaphysics for over 20 years, it is to focus on the increasingly larger picture and not to dwell on the details as much. Focus on what the guides call the energy of the events. Judgment leads us down the path of minutiae and away from the “energy” where we are most productively focused. Jesus chose crucifixion because he was taking on the Karma (humanity calls it “sins”) of the world. He was assisting in moving the evolutionary movement we call humanity forward to a new level of consciousness. Humanity is currently experiencing much of that movement at a higher level of consciousness. The “energy” of the world today is moving to a higher vibration level, and that movement was precipitated by Jesus, 2,000 years ago. To quote the guides, “He was turning on the karmic faucet of 2012. Jesus was changing the dimensions of existence and reality as we know it. It is a process that he was completely familiar with.” Jesus was altering the energy to make it possible to go deeper within ourselves, starting a process that continues today. He was bringing love, not the law. Jesus was bringing a new way of being and it was going to take time to ground and infuse that energy. We are changing our inner reality and the outer will follow. We tried it the other way and it didn’t work.

Let us return, for a moment, to some of the details of the events. Did Jesus have to drag or carry his cross to Calvary? Yes, but he had some help and did not have to do it alone. Was he scourged and made to wear a crown of thorns? Probably not, but those ideas do fit with the pain and suffering belief system many of us were raised with. And what about Judas? Judas’ relationship with Jesus was close and quite complex and is a story unto itself. But as it relates to our story here, Joseph Campbell’s description of the Judas “betrayal” is succinct and accurate. Joseph Campbell said that Jesus’ words to Judas “sound more like a command than anything else.” Judas got a bad rap. Metaphysically, Judas represents guilt, which remains with humanity today. Judas took on the persona of the saboteur, just as humanity sometimes sabotages itself today. There was a betrayal, but Jesus allowed it to happen.

The cross itself is highly symbolic and an ancient spiritual symbol that pre-dates Christianity. There are cave drawings in Europe that exist from prehistoric times that include the cross. Metaphysically the stipe, or vertical bar, connects heaven and earth and indicates there is no separation between them. The patibulum, or horizontal bar, connects time and space. The significance of the cross to the crucifixion is eliminating the barrier of time and space and connecting heaven and earth with no separation. The message of Jesus is expressed and reinforced by the cross.

When the crucifixion was complete, Jesus’ body was claimed by Joseph, a friend of Pilate, as had been pre-arranged. Dusk was upon the scene and Jesus’ body was taken to his tomb for burial without all of the usual ritual preparations of Jewish custom because of night falling. His body was washed and tied in a linen cloth and placed in the sepulcher, called the Garden of Joseph of Arimathea.

Three days in the tomb symbolizes the trinity of Mother God, Father God and Infinity. The tomb itself represents humanity’s disconnect with its own divinity. We have minimal access to our own divinity in the dark universe we have created. Humanity is in this dark, tomb-like place of disconnect with self. We can come out of our own self-imposed tomb by recognizing our own divinity and simply coming out of our tomb. It is a self- imposed tomb we are all existing in and we can walk out of our tomb just like Jesus did. That is the symbolism and message of the tomb.

Nothing in the story I have presented here diminishes from Jesus or the power of his message. Jesus’ true message remains as powerful today as when he walked the earth.

Walter Perschke (1939-2016) was the former publisher of Conscious Community Magazine, formerly The Monthly Aspectarian, America’s oldest spiritual and metaphysical magazine. Mr. Perschke was a Professor of Metaphysics, wrote, taught and spoke frequently on metaphysical subjects, and was a popular guest speaker at conferences and seminars. He hosted a weekly guided meditation group. Walter was nominated for an Emmy Award and was a member of the National Academy of Television Arts and Sciences.