Creating Sacred Space: An Invitation to the Divine 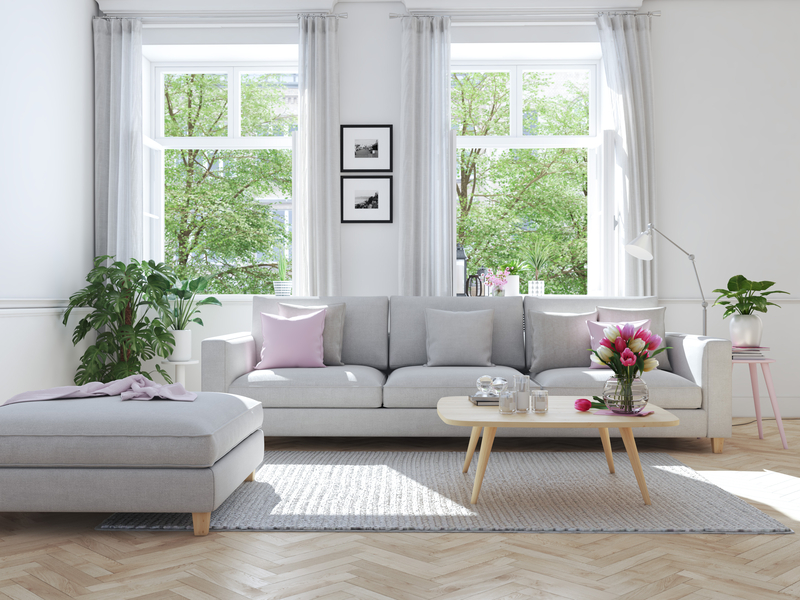 The beating of a shaman’s drum, the labyrinth at Chartres, stone monuments in Ireland, Feng Shui…what do these all have in common? All are attempts by different cultures to harmonize their space with their environment. Throughout time, temples from Stonehenge to the Great Pyramid attest to humanity’s desire to create sacred space, a doorway bringing Heaven here on Earth. In our modern age, we have more reason than ever to find the sacred amid the mundane. Can ancient ceremonies help us to restore harmony between man and environment?
In ancient times, this knowledge of how to harmonize our living space with nature and the cosmos was passed down through the cultures of the ancient Celts, Chinese, Egyptians, later the Pythagorean schools in Greece, and into the West through Europe. But where can these traditions be found alive today in our modern culture? Feng Shui, the ancient Chinese art of harmonizing our homes with our surroundings, for instance, is inaccessible to most people and is increasingly left in the hands of experts.

Ancient Chinese and Vedic medicine believe that humans have a meridian system that carries the currents of life energy throughout our bodies; when they are open, flowing, and healthy, so are our body’s systems. The earth is viewed by many indigenous cultures as a holographic reflection of the human body. Similarly then, the earth also has these meridians as well. They have been known by cultures all over the world for thousands of years. More recently called “ley lines”, a term coined by Alfred Watkins in 1921 in England, this concept has now found its way into the common vernacular of our society. By attending to these sacred lines of energy within the body of the earth through prayer and ceremony, we help to restore a lost and ancient relationship of humanity with the Earth, creating a living bridge between Heaven and Earth.

Recently, attention has focused on how to create sacred space and how to make our homes into temples and sanctuaries from the busy, hectic lives we lead outside of them. This interest has spawned many books to guide us in knowing what to do. First and foremost however, we need to remember that our homes reflect us, who we are, and what happens in them. So the first step in creating sacred space in our homes is to create the that space within ourselves. We cannot expect to achieve sacredness outside ourselves without it first existing within. The thoughts, feelings, and attitudes held while embarking upon the process all play an important part in the creation of sacred space.

For some, it is useful to take a moment to be still and silent, to “journey” into an inner space of sacredness first, to reflect and connect with that current of the divine residing within us all. From there, inspiration comes forth, and in the attitude of dedication, the offering of a place within one’s home as a point of entry for the Divine to reside within our dwellings, we create the space to honor that which is holy, sacred, and representative of the divine to us.

A simple ceremony to initiate the space first is often a good way to begin. To start, it is important to clear out the clutter — both seen and unseen. The space must be clear and free of debris, both physically and on subtler levels as well. If there has been a history of violence or desecration, then a simple clearing ceremony may be needed to begin. Lighting a candle, saying a short prayer or mantra, or playing sacred sounds in the space with the intention to clear the past and open the way for the new, will do a lot to prepare the way for the altar you are about to install.

Once the space has been cleared, you can begin to create an altar, that special space within the home where only those objects that are intended for the place are allowed to reside. An altar will only reflect our intentions, so if we place our cup of coffee there while visiting with friends, then it has become a coffee table, no longer an altar. The altar is a place to be treated with respect and reverence, holding only those objects which inspire such feelings and thoughts. After all, it is our own thoughts and feelings reflected back to us which form the basis of sacredness that begins to emanate from the spaces we create.

For this reason, the objects chosen should be those which speak to the temple of our own heart as individuals, not those prescribed from some course book or manual. To place objects upon our altar which only have meaning to others is a pretense which does not fool the Spirit of Divine we are inviting to reside within our home. Choose those things which have a meaning to you or individuals residing in the home, objects which touch your heart, reminding you of something greater and more meaningful than our mundane day-to-day lives.

In following simple yet heartfelt practices, we align ourselves and our environments with the higher dimensional realms, creating a living bridge between Heaven and Earth.

Christan Hummel is the author of the best selling Do It Yourself Space Clearing Kit https://www.amazon.com/Do-Yourself-Space-Clearing-Kit/dp/097547930X