All About Town – The Friends of Astrology Conference 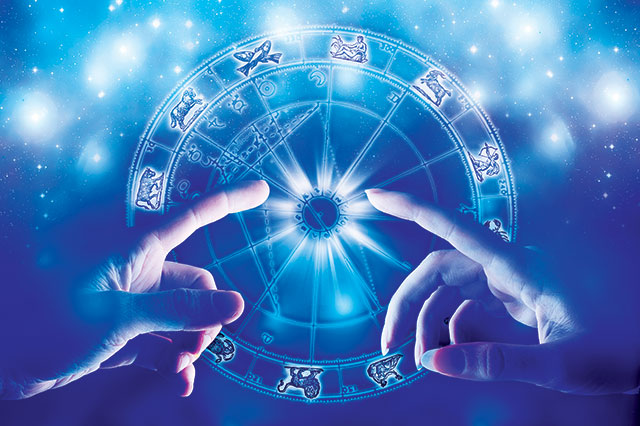 “We need not feel ashamed of flirting with the zodiac. The zodiac is well worth flirting with.” —D. H. Lawrence

On Aug. 10, I headed to the Downers Grove Marriott to explore an event held by the Chicagoland chapter of The Friends of Astrology. This 501(c)(3) organization promotes astrology education from beginner to professional. They are a diverse group in experience and expertise and meet seven months of the year. Along with having an annual dinner, they also host summer seminars, bringing in well-known astrologers to discuss various aspects of astrology with members and guests. In this case, their guest speaker was Seattle astrologer, Laura Nalbandian. The founder of the Soul Wise School of Evolutionary Astrology, she discussed the Moon and how to develop emotional coping skills based on tendencies of your Moon sign.

“Astrology is a Language. If you understand this language, The Sky Speaks to You.” — Dane Rudhyar

Upon my arrival, I was greeted by the current president of the organization, Omari Martin, who soon after also introduced me to Christine Arens, President Emeritus, who has served The Friends of Astrology for over 21 years. Having originated in 1938, it is the fourth oldest astrological organization in the country. As I sat at the event, I noted that there was close to an equal ratio of men to women in attendance. I noted this because I most often find that the number of women at such events far outweighs the number of men who attend. Unfortunately, due to my lack of familiarity with the language of astrology, I found the contents of the seminar difficult to follow. That being said, there was a large population of educated and astute astrologers in the group who were clearly engaged and committed to their craft.

“The starry vault of heaven is in truth the open book of cosmic projection… Astrology is assured of recognition from psychology, without further restrictions, because astrology represents the summation of all the psychological knowledge of antiquity.” — Carl Jung

I was surprised when I found the above quotes by Carl Jung while doing my research on this subject. As one of the greatest psychologists in the history of mankind, I was shocked to discover his open support of astrology as a viable source of wisdom and knowledge. I have been perplexed when it comes to astrology. There is a general mindset among nay-sayers that it is a bunch of mystical hogwash. While most often I’ve been on the fence, during the past year I’ve leaned more towards being intrigued by it. I’ve perused YouTube, looking for monthly forecasts.

After the event, I met with the organization’s president, Omari Martin. As he explained my chart and described the specifics of the science and calculations behind it; the more he described how mathematics was the foundation behind analyzing and reading one’s chart, the more I realized that there is a very specific logical and calculatable aspect of this science. I had never prior heard anyone explain astrology in such left-brain, fundamental terminology. When I step back and see that the planets and stars are all a part of the energetic world in which we live, the more I realize that there may be something very deliberate about the exact time and place I was born.

“Astrology has no more useful function than this, to discover the inmost nature of a man and to bring it out into his consciousness, that he may fulfill it according to the law of light.” — Aleister Crowley

What I found very exciting about Omari’s analysis was that the Sun sign that I was born under was only one factor in piecing together the puzzle of my chart in relation to the planetary positions throughout the next year. I learned that my Moon sign and my ascendant (or rising) sign were almost equally significant. My most recent understanding (while still far from expert) is that my Sun sign represents the core of myself—my zodiac personality; while my Moon sign represents my inner self—my emotions and inner mood, and my ascendant sign represents my outer self—my appearance, my attitude and the way I come across to others.

“Faith…is letting go and trusting oneself to the unknown.” — Alan Watts

My Sun is in Pisces, my Moon is in Leo and my rising sign is Capricorn. Each aspect holds a different role in how I present myself and how my life unfolds in relation to the movement of the planets and stars. I learned that the more I know about my signs in relation to the current astrological forecast, the more I can anticipate good dates for doing things like starting a new business, buying a lottery ticket or entering into a relationship. Similarly, I learned that there are dates that would likely not be as effective, or could even cause chaos and unrest. For example, we are usually encouraged to be more introspective and not to sign contracts or make substantial investments when Mercury is retrograde. As I continued to listen and learn, I asked myself, “How deliberate do I want to be with the decisions I make in my life? How much do I want to allow the guidance of the universe to unfold within the predictability of the mappings of the planets and stars, compared to allowing life to reveal itself and unfold naturally and without my prior knowledge?”

In turn, I ask you, “If you knew the dates that you are more likely to win a lottery, would you want to know? If you knew that a particular relationship would not work out, would you want to know prior? If you could calculate the age in which you will likely die, would you want to be privy to it?” While your immediate response might be “Yes, of course,” as you ponder the ramifications, you may hesitate, as I did. If I knew that I was likely to die at the age of 103, might I be less fearful about illness or death as I journey throughout my life? If I knew a relationship would eventually break my heart, would I shy away from experiencing the joys of falling in love? How might such knowledge alter the way I currently live my life? So many questions. I sit in the stew of “What if’s…” noting that I am but a tiny dot in a universe that is so massive and magical. And so, I hang out with the questions, trusting that there is no answer in the immediate horizon. Perhaps I can try on Merlin’s cloak of predictability for a while and note how it fits, as my minuscule life in this enormous universe unfolds.

Theresa Puskar is an author, performer, speaker, minister and motivational audiobook producer. She is the creator of the “Terri” children’s book series, as well as being an actress and director. A powerful inspirational speaker and transition leader, Theresa edu-tains her audiences, by touching hearts and minds in a way that is engaging, joyful and life-affirming. Her most recent endeavors are her new company, Dragon Soup Children’s Theatre Training and Productions, and her upcoming books, 8 Ways to De-Clutter Your Brain and The Good Morning Mind: Seven Highly Effective Habits for the Workplace. (They are both available for pre-order on Amazon.com.) For more information, visit her website at www.TheresaPuskar.com

Previous From the Heart – How I Flunked the Science Fair, but Saved the World
Next Celebrating 40 Years! – Interview with Kasia Szumal, Publisher