All About Town – Breakthrough (The Movie) 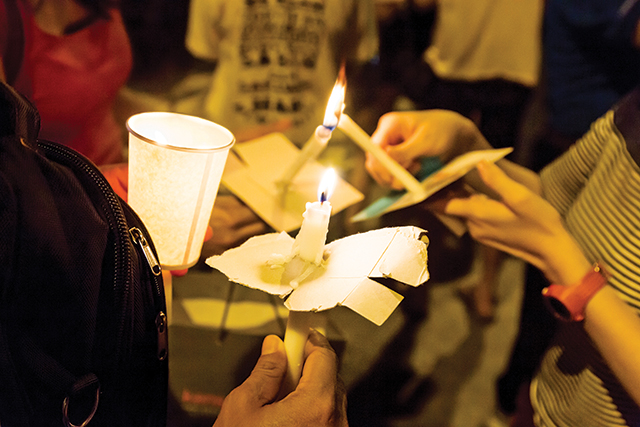 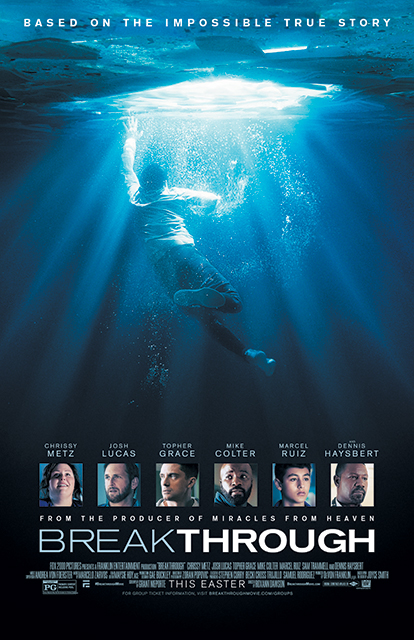 In my desire to be truly inspired, I often pick up faith-based films at the library but soon after reading the synopsis, I quickly return them to the shelf.

Despite the fact that I am a self-professed sucker for anything moving and inspirational, I most often find myself suspicious of faith-based films. More often than not, they are very fear-based and preachy. This film, however, was a welcome change. While sometimes the Christian messaging was not subtle, I was relieved that, while referencing God, this film was not filled with the usual sin and Sunday pulpit scripting that so many of this genre are.

There were some really wonderful performances. Being shot mostly in Canada, I recognized a couple of Canadian actors as well.

Without a well-written script, it can be difficult for an actor to give an outstanding performance. That being said, I thought the acting in this movie was very well done, particularly by the leading lady, Chrissy Metz. Actually, come to think of it, I don’t believe there were any weak performances.

A good movie resonates with you and takes you back to key moments in your life. This movie did just that! 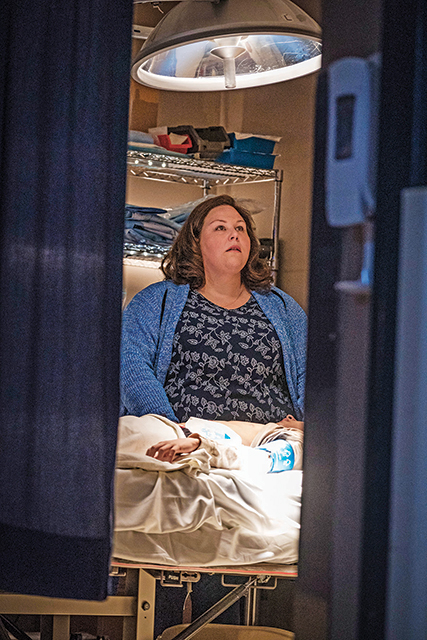 I don’t believe in accidents and sitting in this theatre, I felt a very strong synchronicity. In actuality, I was supposed to cover a live event this month. However, for whatever reason, the event did not go on. While I was super frustrated at wasting three hours of my time, not to mention the cost of gas and parking fees, I later realized that the situation ultimately ended up with this review of Breakthrough—a film I may not have otherwise seen. Without giving too much away, as the movie nears its end, there is a scene where the entire community bands together to pray for the protagonist, John Smith. This scene is touching, and I was relieved that I was only one of four people in the afternoon showing. Most often, when the theatre is crowded, I end up with a massive headache as I attempt to hold back the tears. In this case, I had the space to let loose and did some good, solid sobbing.

My experience during that particular scene was very visceral. My body and mind were flooded with memories that took me back 18 years. On February 2, 2001, I lost control of my car on black ice while driving to Toronto during a snowstorm. The car rolled several times, and I was rendered unconscious for over 40 minutes. It was physically quite traumatic, as I ended up with some spinal fractures and had to endure five hours of surgery, getting over 500 stitches to re-adhere my scalp.

The quote about the power of two or more gathered in prayer has always resonated as truth to me.

Soon after the crash, I was informed that (similar to the scene in the movie), hundreds, perhaps even thousands of people were praying for me and my unborn child. (I was three months pregnant.) I received cards and letters from so many people, and I was deeply moved! Because of all of the spinal injuries, for several months after the incident, the doctors insisted upon x-rays. I often overheard the x-ray technicians arguing, “We can’t x-ray this woman. Look at how pregnant she is! But the doctor said we have to because of the extent of her injuries!” Along with requesting three lead aprons during the x-rays, I did a great deal of praying, asking my angels to protect my little one. With all of the radiation, I had visions of my child coming into this world green, glowing and looking like an alien. However, much to my delight, she was born a healthy and beautiful nine pound, four ounce baby girl. Friends and colleagues named her the “miracle baby.”

“You had an army of celestial beings supporting you during the crash.”

On more than one occasion, channels and healers informed me that I was surrounded by angels during the crash. I had no doubt that there was a massive team watching over us. For a couple of hours right after the crash, I was in an altered state. I remember becoming conscious in the ambulance, and I felt the loving energy that was emanating from the paramedic, Kevin, whose name will be forever etched in my heart. For several hours, I felt his love and that of others towards me on a very deep level.

Another item of note was that for the first several hours, I was in a state of surrender. I remember having doctors assess my head. At first, I thought they were looking at my face. I assumed that it had been extremely scarred and disfigured. What I find most remarkable was that I didn’t care. I had had a successful career as an actress, and being almost 40, I knew that my primary focus would soon be on mothering. So, I had a conversation with my divine stating, “If my face is disfigured, so be it. I will be a mother and my looks will be secondary in the life ahead of me.” Only later did I discover that they were assessing my torn scalp and not my face. It was not severely disfigured. In fact, soon after, my big ego returned in full force. I was very distressed after looking at the small scars that appeared on my forehead and scalp.

We need to take good care, for our prayers and intentions are always answered.

I ended up spending several months in bed and several more months wearing a neck brace. I noted that at the time of the crash I had made a couple of requests of my divine. The first was that I learn that my worth is not based on what I do but in who I AM. Second, that I learn to meditate and become more still and present. Third, that I stop identifying myself as a producer and writer and see myself as a human BEING. As I lay in bed without work and with no options beyond lying still and being present, I realized that my prayers had been answered. I have since learned to always ask that my prayers manifest in a very gentle, subtle and easy way!

So the next time you find yourself insanely frustrated because things had not progressed as planned, give yourself permission to express your anger. Then surrender, relax and pay attention to the “new plans” that the universe has orchestrated on your behalf

Theresa Puskar is an author, performer, speaker, minister and motivational audiobook producer. She is the creator of the “Terri” children’s book series, as well as being an actress and director, A powerful inspirational speaker and transition leader, Theresa edu-tains her audiences, by touching hearts and minds in a way that is engaging, joyful and life-affirming. Her most recent endeavors are her solo show Causeless Joy and her new company, Dragon Soup Children’s Theatre Training and Productions. For more information, visit www.TheresaPuskar.com.