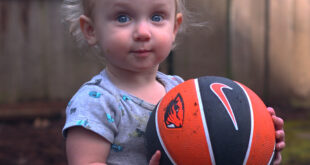 And a Little Child Will Lead Them 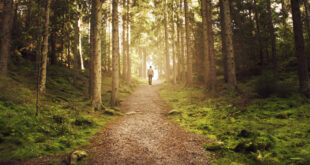 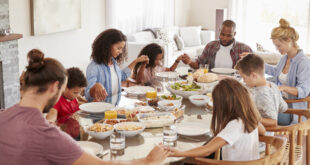 8 Steps of Gratitude That Will Change Your Life 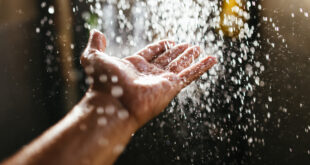 Good Vibrations: Subtle Energy Techniques for a Radiant New You this New Year 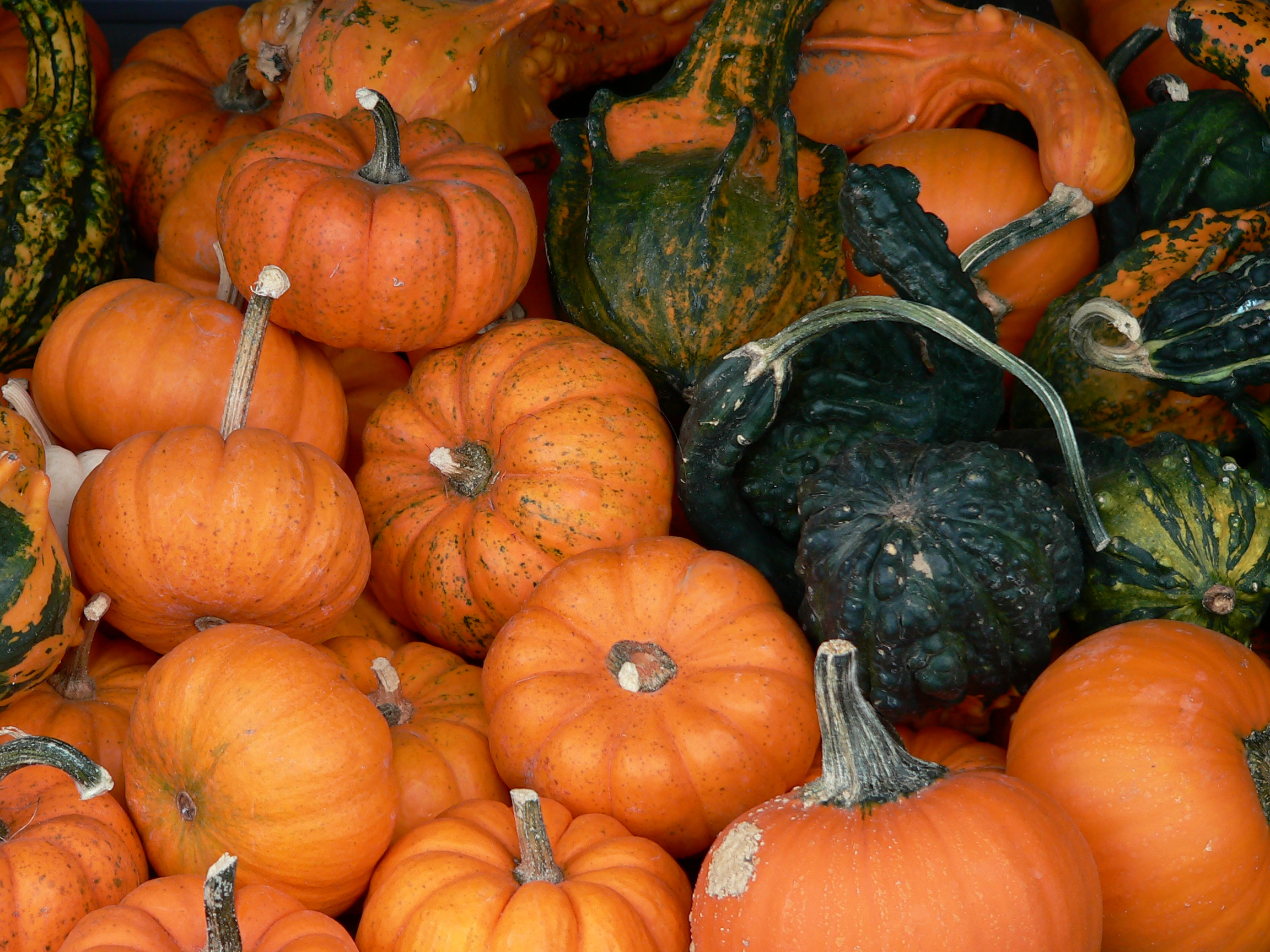 Halloween is ancient.  We know it dates back to the ancient Celtic and Druid traditions thousands of years ago.

Ancient Celtics divided the year into two parts, the light and the dark. The holiday of Samhain (sah’-wen) celebrated the dividing point between the two halves, and the beginning of the dark half. As the harvest was completed and the days grew shorter, a harvest festival was celebrated on October 31, until sunset on November 1st.  The festival was a celebration of a successful harvest or prayers to carry the people through the winter until spring. It could be a scary time of possible food shortages; nights were fearful and a time to stay home.

One of the beliefs of the ancient Celts was that time and space became permeable and one could cross from one dimension to another at this time. It also meant that spirits of the dead could cross over into the Celts reality and interact with them, a haunting if you will.  Not just the dead could cross over, but people or entities from other times, because the veil lifted was not just of time, but of space as well. The veil between the living and the dead was at its thinnest, the dead could mingle with the living, and the living could be lost in the dimension of the spirits.  This is at the root of many of the Halloween traditions. Our obsession with Halloween decorations of skeletons, tombstones, coffins and ghosts probably began right there in Celtic practices.

Bonfires were a staple of Samhain.  The Celts observed a ritual where they drove their cattle between two rows of bonfires to determine which cattle were to be slaughtered for the winter. The celebration of the dead was not limited to the Celtic culture.  Many, if not most cultures, in particular Ireland and Scotland had a day, or period of day, to celebrate those who have crossed over in death.

Agricultural societies were very prominent in their observance of a holiday for the dead, usually coinciding with the end of the fall harvest.  The traditions of the holiday for the dead in pagan cultures were carried forward to us today by the Christian church. Adopting a pagan date for a church holiday was a fairly common practice in the Christian church, which also adopted December 25, the birth date of the pagan god Mithra, for another famous Christian holiday. The practice was believed by the church to facilitate the conversion of pagans, who were already celebrating these days, to Christianity. It looks like it worked.

Lemuria, the ancient Roman feast of the dead, celebrated on May 13, was the end of a period of placating the dead.  This was a time of not just honoring, but making peace with the departed.

In Roman times, milk was poured on graves to prevent haunting. They were also offered small cakes, which over the centuries have been transformed into today’s candy “treats.”  Pope Boniface IV co-opted Lemuria, changing the name to All Saints Day, all the way back in the year 609 A.D. The stated purpose was changed, but the traditions and practices of the celebration were passed on in great part.

All Saints Day was renamed All Hallows Day and moved to November 1st, the day after Samhain, in an effort to supplant the pagan holiday.  History does not give us an exact date, but it probably occurred during the papacy of Gregory III (731-741). As a result, October 31st began to be called “All Hallows Evening,” then shortened to “All Hallows Even” and we were on our way to the shorter name we know today, of Halloween.  Further enhancing the tradition and mystique of Halloween, the church added November 2nd to the calendar as an “All Souls Day,” to honor all who have passed on from life on earth. This reinforced the association of Halloween with death and souls.

Purgatory, a church concept, played a role in the development of our Halloween traditions and practices.  Catholic theology says that souls in purgatory, a place between heaven and hell, can be elevated to heaven by the prayers of the living.  A Medieval custom, children would go “souling” door to door and receive spiced cakes filled with raisins called soul cakes, in exchange for praying for the souls in purgatory, with this practice contributing to today’s trick-or-treat.

The endless cycle of life and death was a part of many traditions, not just Halloween.  The practice of wearing masks came into prominence in the early 1600’s, often associated with violence because the mask concealed the identity of the perpetrators.  The practices leading to today’s Halloween had become more rowdy and sometimes violent.  Door to door beggars, often children, but more frequently adult indigents, became more aggressive with their door to door begging.  The “trick” part of trick-or-treat came progressively into being, with violent demonstrations and vandalism, including bonfires, against the resident population and was facilitated by the wearing of mask to conceal the identity of the perpetrators.  The boundaries between life and death were not the only ones tested, social norms and public behavior were as well.

Guy Fawkes, on November 5, 1605, tried to blow up The House of Lords in England.  While Fawkes was unsuccessful and subsequently hanged, a new event that is still practiced today in parts of England began to mock and celebrate his attempt by parading in the streets, begging door to door, and setting bonfires. Guy Fawkes Day is also known as bonfire night, in part because after his hanging, his body was burned in a bonfire.

All of this transpired in Europe, but the colonization of America was about to begin.

The early American colonists brought some of their Halloween precursor traditions with them from Europe to the New World, including the fascination with death and the departed.  Guy Fawkes Day was among them. The Pilgrims were not particularly receptive to this event, but they had their own contribution to make to Halloween, witches. The witch craze that swept Europe and America in the 1600’s, and well into the 1700’s, solidified the images we now associate with this holiday — broomsticks, cauldrons, black cats and pointed hats were all fairly commonplace household staples in colonial homes, but their association with witches became indelible with the Salem and other witch trials of their time. Why? Who knows?

There are no further recorded influences on our modern Halloween until the American Civil War. With a half-million or more dead during the war, many of their bodies unclaimed and unknown, gossip began which became legend.  The souls of the dead, lost on the battlefield, return home as ghosts to haunt their familiar places or to live as ghosts, wandering in the limbo of the battlefields and surrounding areas.  Ghost stories were not new at this time, but the War Between the States gave rise to a myriad of new tales of the realm of the dead. Incidentally, the practice of wearing a white sheet as a ghost costume arose from
the burial shroud common in Western Europe and America then. The attachment of these stories to the developing celebration of Halloween was just a matter of time.

Following the war, a major immigration to America from Scotland and Ireland began.  Both nationalities had their own version of Halloween which became integrated into our now native legends.  The Scots brought us the bogeyman and the stories were very scary. In their tradition, the bogies, or bogeymen, were pesky ghosts bothering children.

We are not certain where the tale of Jack O’Lantern originated, but the new wave of immigrants brought it with them to our shores.  It did originate in Europe, and the original lanterns were carved with faces from a turnip and placed in windows to ward off evil spirits.   Pumpkins came later, an American contribution that happens to be harvested at just the right time. Scots and Irish also donated the stone throwing and prank playing by adolescent boys to our culture. Not that we wouldn’t have created it for ourselves.  This practice was to erupt in very destructive ways that surpassed just public nuisance during the 1920’s and early 1930’s in America.

While all this was going on, Halloween, which had been a predominantly rural phenomenon, continued it’s migration into the cities.

The 1920-1939 period was transformational for Halloween.  It was a time of great stress, beginning with the Roaring 20’s and ending in the Great Depression. The permissiveness of the former coupled with the crowding in the cities created an opportune environment for the next incarnation of this holiday. The trick part of trick-or-treat became very violent in the cities. Pranks that had been benign became malicious and destructive. Throwing stones became window breaking on a major scale, including the windows of those newfangled automobiles. The bonfires in the streets and open areas became torched buildings. This destruction peaked in 1933, during the Great Depression and that became known at Black Halloween, and sometimes Hell Night. But the aftermath was very positive.

Civic groups began to organize community events which included parades, costume parties and contests, and games. A manufacturer, Dennison, began to mass produce costumes for sale at the local drugstore and dime store.  Sears, then the largest retailer in America, listed costumes and paraphernalia in its catalogues for the first time.  The mass merchandisers had discovered Halloween and it had ‘arrived’ in close to its present form. The malicious destruction was over and commercialism on the rise. But the story is not over yet, and perhaps it never will be, as we reinvent this popular holiday yet again.

The term “trick-or-treat” is relatively new. The practice, as we have seen, is quite old, but the term first appears in print in America in 1939.  Trick or treating became indelibly mainstream when it receives the blessing of an American icon, Charlie Brown, in the 1966 comic strip, Peanuts. Trick-or-treating had officially arrived and so had the theme of the “Great Pumpkin.”
I would be remiss if I did not mention one more twist in the road. In 1978, the classic John Carpenter movie ‘Halloween’ was
introduced.  Scary, you bet!  And that is exactly the new face we were presented with. Not exactly a new idea, but definitely a new face, or mask. Michael Meyers became the best-selling mask of all time, and we have a new log rekindling the fire of Halloween.

Films and television have had a profound effect on how we practice and celebrate Halloween. It is now a major adult activity which it wasn’t 50 years ago. It is still primarily a day for the kids but adults are increasingly involved, not just as parents, but as participants, especially in dress up. There is a self-transformation aspect of American society that has found an outlet here.  Once a year, people get to play out their fantasies in full costume and share it with other adults. Hopefully this is not their only avenue of self- transformation, but if it is (or isn’t), I hope they have lots of fun with it. Where else can grown men get to be action figures and women get to be ladies of the night?

Walter Perschke is the publisher of Conscious Community magazine, formerly The Monthly Aspectarian, America’s oldest spiritual and metaphysical magazine. Mr. Perschke is a Professor of Metaphysics, writes, teaches, and speaks frequently on metaphysical subjects, and is a popular guest speaker at conferences and seminars. He hosts a weekly guided meditation group. Walter was nominated for an Emmy Award and is a member of the National Academy of Television Arts and Sciences.