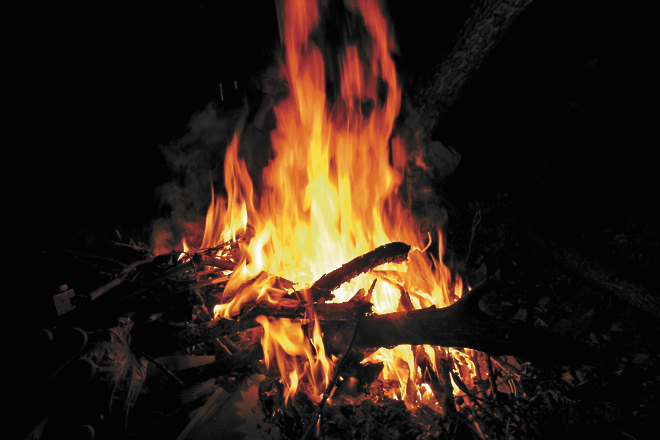 The Wheel of the Year is the pagan myth that links individual consciousness to Mother Earth and the original source of all creation. The Wheel’s eighth stop lands on Midsummer, June 21, when sunlight is at the maximum, and the day is at its longest. Many northern hemisphere cultures celebrate the Summer Solstice by honoring the White Goddess, Litha, who is associated with the sun and fire and their ability to transform, as well as to shed light and purify. Pagan cultures celebrated long days and extended hours of sunlight that brought crops and improved conditions for farming. Litha is traditionally linked to flowers, in particular Midsummer flowers, fruits and vegetables from your garden, oak trees and acorns, sandalwood, saffron, laurel, and frankincense.

The Wheel of the Year myth stems from the Goddess religion, an ancient, pre-Christian religion. According to Elinor W. Gadon, “The Goddess religion flowered in Europe and the Near East from the Paleolithic and the late Classical Age. The story is very complex, concerned as it is with an enormous time span encompassing more than 30,000 years of human history and taking in the vast European land mass.” (1) People who believed in these religions “had a holistic view of life in which the sacred and the profane were not antithetical, and what we call religion, the search for inner meaning and spiritual connections, was a part of everyday life. Seasonal changes and life-cycles were marked by rituals that continually recharged human connections to community and cosmos.” (2) Known as Neopaganism, this ancient religion was “reborn” in the 1950s, and was strongly influenced by the works of late 19th and early 20th century anthropologists.

The Solstice is considered a time in which the balance of light and dark is somewhat chaotic. However, one must keep in mind that in the pagan culture, light doesn’t represent good and dark evil – it’s just not as simple as all that. The battle between light and dark is one of birth and regeneration. As we come to the longest day of the year, darkness is reborn on the Summer Solstice day, and so we all start to die on that ever-so-long day of light. However, we must keep in mind that death is not a negative, but a chance at transformation to the light of the truth.

If you are interested in celebrating Litha, there are a myriad of Summer Solstice rituals and traditions to recreate or make into your own. Traditionally, a candle is lit as a reminder of the power of fire and the sun. An altar is set up in the home to celebrate the sun at the highest point in the sky. Here are three ways to honor Litha and usher in summer as we come upon June 21.

Build
The Celts would light bonfires the night before June 21st to welcome in the White Goddess. Hold a vigil at midnight and welcome Litha by building your own bonfire, add some Celtic music, and honor the powers of the sun!

Pray
Gather around in a circle and recite this prayer to Litha, while breathing in the new summer air and sun.

LITHA PRAYER TO THE SUN
The sun is high above us
shining down upon the land and sea,
making things grow and bloom.
Great and powerful sun,
we honor you this day
and thank you for your gifts.
Ra, Helios, Sol Invictus, Aten, Svarog,
you are known by many names.
You are the light over the crops,
the heat that warms the earth,
the hope that springs eternal,
the bringer of life.
We welcome you, and we honor you this day,
celebrating your light,
as we begin our journey once more
into the darkness. (3)

Create
Create crowns out of flowers.

Works Cited:
(1,2) Gadon, Elinor W. The Once and Future Goddess: A Symbol for Our Time. HarperCollins, 1989.(3) Wigington, Patti. “All About Litha.” ThoughtCo.com. Feb. 4, 2017.
thoughtco.com/guide-to-celebrating-litha-2562231
Christine Keating – Collins is an independent scholar who has taught at Assumption College and Becker College in Massachusetts. She has a Ph.D. in Consciousness and Transformative Studies from the California Institute of Integral Studies.